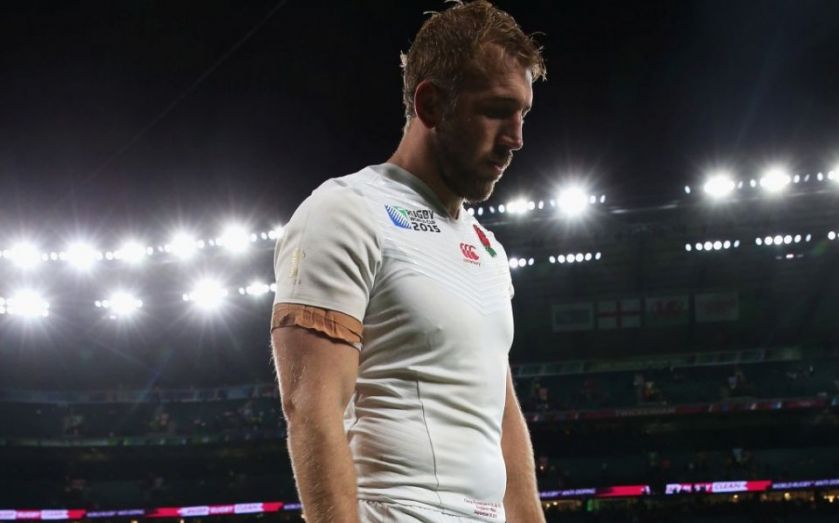 Around £3bn could be wiped off the UK stock market in a single day if England lose their crunch Rugby World Cup game against Australia this Saturday, with investors' outlook depressed by the disappointing result.

England face Australia at Twickenham knowing that anything less than a win would leave them on the brink of becoming the first tournament hosts to crash out in the group stage.

Alex Edmans, Professor of Finance at the London Business School, studied the effects of high profile tournament losses on the stock market and found that a high-profile rugby exit on average leads to a 0.15 per cent dip on the defeated country's stock exchange on the next day of trading.

When applied to the UK stock market, that would equal a loss of £3bn.

Even cold-blooded investors will be swayed by a devastating early England exit, argues Edmans who says the psychological effect of a loss could play into their thinking.

"The traditional view is that while markets are efficient, investors are rational", Edmans tells City AM. "But that’s not the case because investors are human beings so they’re effected by emotions or psychology. And so something which is seriously negative to an investor’s mood effects their views of just the economy in general.

"There are psychological studies showing that when people’s favourites teams lose this doesn’t just make them depressed about their team, but leads to them being depressed about life in general and actually spills over into their general assessment of things like economic conditions."

During the football World Cup last year, Edmans studied the effects of high-profile losses on markets and noticed that the Spanish stock exchange shrunk by one per cent the day after the national team were thumped 5-1 by the Netherlands while Italian stocks dipped by 1.5 per cent when the Azzuri lost to Costa Rica.

If England lose, Pubcos and drinks companies will miss out on huge potential pools of revenues without the large audiences expected for an England fixture in the knock-out stage so there would be obvious reasons for investors to be down on some particular stocks, yet Edmans argues the dip is motivated primarily by irrational factors such as mood.

Edmans says: "Rationally, if there’s a loss then the stock market would decline because, for example, spending would be less because people would not be going to pubs as much. But what I found in the paper is more than that rational effect is an irrational effect. The decline that I find is too large to be explained by rational factors. So there’s some irrational factors going on in terms of the mood.
"I found the effect was stronger in small stocks than big stocks and it’s the small stocks that tend to be more affected by emotions because they’re traded by smaller investors who tend to be less sophisticated."
Share