Rouble, ringgit and won: Emerging market currencies are getting hammered 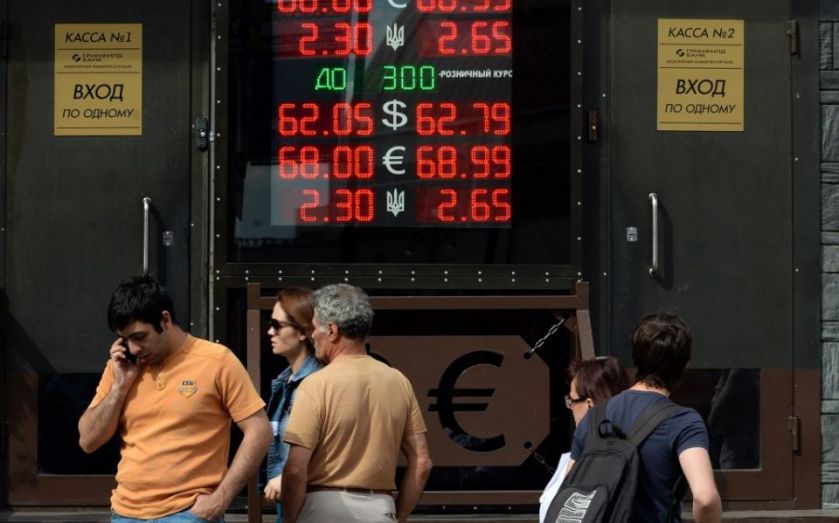 The selloff accelerated after a purchasing managers survey released early this morning showed China's factories contracted at the fastest rate in almost six-and-a-half-years in August.

Malaysia's ringgit fell nearly one per cent against the dollar, while South Korea’s won shed 0.8 per cent. Meanwhile, India's rupee hit a two-year low. However it was the Russian rouble that took the biggest hit, careering 1.5 per cent lower.

Heightened concern also ripped through Asian markets, as Hong Kong's Hang Seng index slid 1.5 per cent. The Taiwan Stock Exchange also shed three per cent, while the Jakarta Composite Index fell 2.4 per cent. And China's benchmark Shanghai Composite index was down as much as 4.6 per cent earlier in the day.

Emerging market assets have also been rocked by concerns China's recent devaluation of the renminbi could spark a global currency war, a renewed rout in global oil prices as well as suggestions that the US Federal Reserve is gearing up to hike interest rates.

"We draw some encouragement from the fact that they appear to show limited signs as of yet of significant spillovers from weaker foreign demand, particularly in emerging markets," Timo del Carpio, European economist at RBC Capital Markets, said.

"Germany’s manufacturing print actually rose to a 16-month high, despite being among the more exposed to emerging markets via trade links. This may well support the view that a strengthening recovery in other advanced economies, which serve as far more important trading partners for euro area member states, may help offset weakness in certain EMs, at least in the short term."