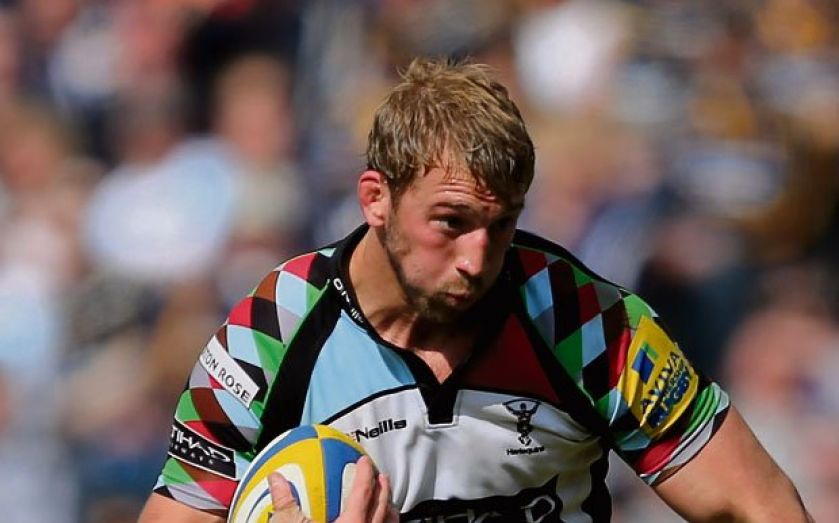 HARLEQUINS captain Chris Robshaw is adamant his side will be ready to pounce if the door to the Aviva Premiership Rugby play-offs swings open this weekend.

Quins currently lie in fifth, six points behind third-placed Bath and fourth-placed Leicester Tigers, who are in action against Northampton Saints and Sale Sharks tonight and tomorrow respectively.

Maximum points for both Bath and Leicester would rule Harlequins out of the top-four race even before a ball is kicked in their clash at Exeter Chiefs on Sunday.

Should Saints claim victory at the Rec, however, Harlequins would be very much back in the contest, not least because they host Bath on the final day of the season.

“It works out quite well that we are the last ones so we will know how hard we’re going to have to push it,” said Robshaw.

“Hopefully Northampton and Sale can both do us a favour and give us that shot at the end of the tunnel. We’re still in it, it’s the next must-win game, but it’s exciting.

“We hope we haven’t left ourselves too much to do. We hope we’ve still got a chance of a play-off spot and once Friday and Saturday goes and we are preparing for the game we will know exactly if we do have a shot or not. We still believe we can push on and make that top four and that’s what it’s about.”

Wasps host Newcastle Falcons on Saturday looking to tighten their grip on seventh and edge closer to Europe’s top competition for the first time since 2011.

Saracens return to domestic action against Worcester Warriors following their record-breaking Heineken Cup semi-final victory while London Irish travel to Gloucester, looking to avenge a 22-19 defeat earlier in the season.

Be part of the world’s biggest club rugby final. To buy your tickets for the Aviva Premiership Rugby Final on 31 May at Twickenham go to www.tickethour.co.uk/premierrugby