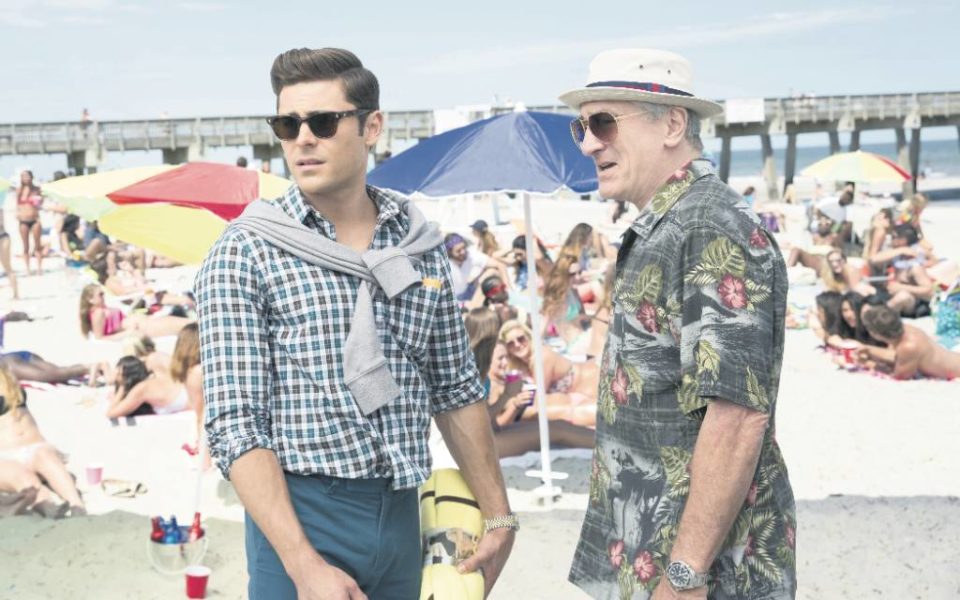 Robert De Niro plays a recently widowed army vet who tricks Zac Efron into driving him to Florida to chase young women. Who'd have thought that De Niro would spend the latter half of his career dropping N-bombs and making dick jokes?

But while it's not the most dignified moment of his career, if you forget it’s Vito Corleone on screen, the low brow laughs do occasionally hit home. The veteran actor forges a rather sweet bond with Efron, who works hard as the straight man. Maybe it’s the relief of seeing a De Niro comedy that’s not as bad as The Intern, but I can’t help warming to Dirty Grandpa in a way I really didn’t expect. See it, laugh, and then watch Heat to make yourself feel better.

In familiar thick-rimmed glasses, Sir Michael Caine is Paul Sorrentino’s latest ageing protagonist. He plays a retired conductor reflecting on his life at an expensive spa hotel in Switzerland, where a filmmaker (Harvey Keitel) is also writing his final cinematic testament.

There are similarities with Sorrentino’s previous film The Great Beauty, only where that film dealt with a man forced to confront his past, Youth follows two men wallowing in it. The swirls of colour have given way to steady, considered cinematography and carefully considered musings. It’s delightful to watch, but about an hour in you realise we're merely passing the time with these characters. More restrained than he has been in years, Caine simmers with resentment, or maybe regret, as he clashes with Rachel Weisz (playing his daughter) and reminisces with Keitel.

Sorrentino's contemplative new work may go nowhere slowly, but it does it in some style.

The 2010 Chilean mining disaster held the world on the edge of its seat for 69 days as rescue operations went on to extract 33 people from a collapsed tunnel. Asking few difficult questions of the catastrophy, director Patricia Riggen prefers an emotional retelling of events. One miner is expecting a baby, another is two weeks from retirement; many old devices are used to get you emotionally invested, but as a dusty Antonio Banderas rallies his comrades it’s hard to say the tricks haven't worked.

The lack of Chilean actors is rather uncomfortable, but if you can accept The 33 as a Hollywoodised version of events, it’s hard not to feel emotionally vindicated by the happy ending.