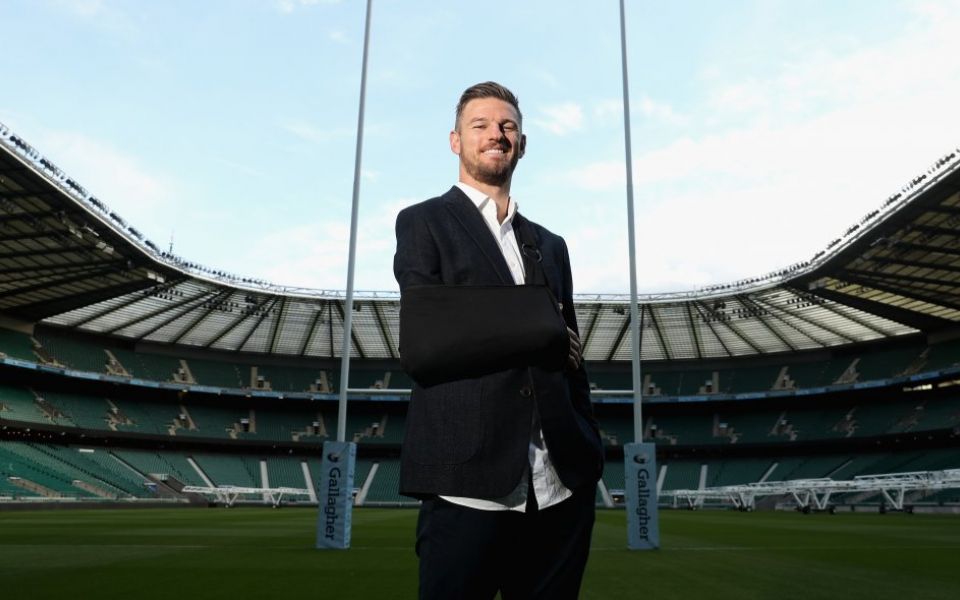 Five and a half months ago Rob Horne was leading his side, Northampton Saints, out to face rivals Leicester Tigers at Welford Road.

With three games left of a poor season for Saints, Horne had been newly-elected captain. The trip to Leicester, it was hoped, would mark a fresh start. The side, in Horne’s words, had prepared well and were “primed” for action.

Northampton won the game, 27-21. But the score line is far from the most memorable thing from the match on 14 April.

On Saturday Saints will once again face rivals Leicester – this time at Twickenham in a much-anticipated clash. But this time Horne will not be leading his side out onto the pitch. The Australian centre will be sat in the stands, watching on as his team mates attempt to win the derby, in aid of him.

The word testimonial feels strange to Horne, but the 29-year-old is humbled and overwhelmed by the “bittersweet” event in his honour at Twickenham this weekend.

The reason behind the match, which sees charitable donations made to Horne, has its roots 13 seconds into the last meeting of the sides in April. 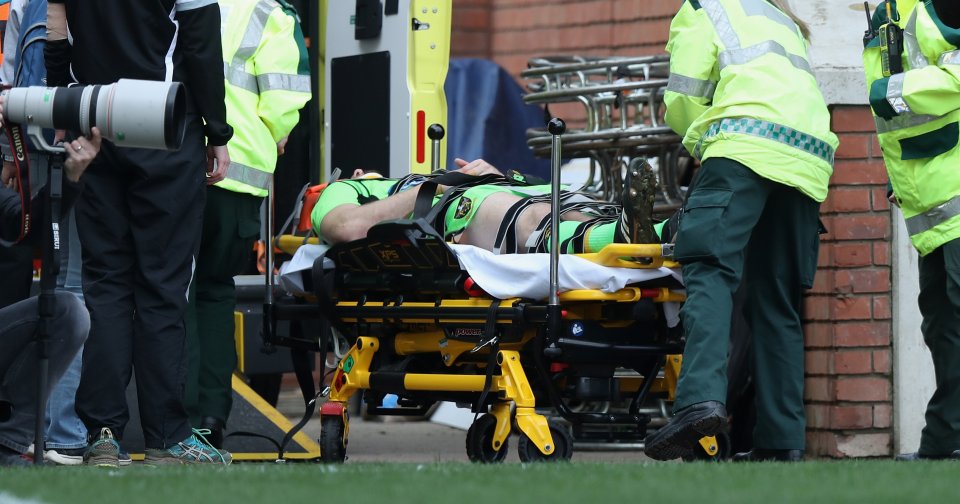 Chasing the kick-off, Horne charged in to make the first challenge of the match. But rather than complete a routine tackle, like he had thousands of times previously, his right shoulder crashed awkwardly into opponent Sione Kalamafoni and he was knocked to the ground.

Lying on his back as Northampton’s medics attended to him Horne had no idea the extent of the injury he’d suffered.

“I was fully conscious throughout the injury,” he says. “I haven’t looked at the footage – I can’t put myself through it.

“I didn’t think anything was seriously wrong. As a player you don’t. Initially when I couldn’t move my right leg it was an issue, but I kicked and kicked and got it moving. Once that happened I just thought I’d dislocated my right shoulder. I said to the medics: ‘I’m all good, I think my shoulder is dislocated.’

“But the body language and demeanour of the doctors got me thinking: ‘Why are they approaching me like this?’ That was the moment I thought something more serious had happened.” 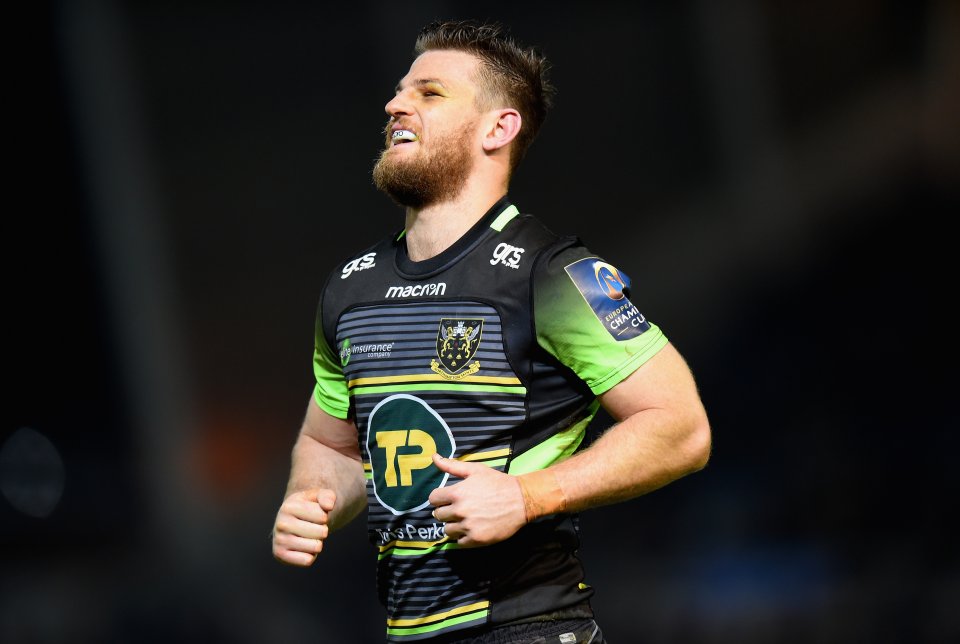 Rob Horne developed into a fan-favourite at Saints, despite only playing 21 times for the club (Source: Getty)

Horne had detached all five nerves in his right arm from his spinal cord.

He had a major operation to move nerves from his ribs to his tricep to try and reduce the pain, but the reality is that he has been forced to retire from playing, get used to living with paralysis and coping with chronic pain.

The injury, which is more common in motorcycle and skiing accidents, is a freak one but Horne doesn’t hold anything against rugby. He is learning to live after a life-changing incident and as yet has no firm plans for the future.

Horne, who moved back to Australia with his wife and two children over the summer, had immersed himself in Saints, becoming a fan-favourite with eight tries in 21 appearances. His ascent to captain in such a short period of time shows his nature and the Sydney-born back remains remarkably pragmatic.

“Hearing the worst news from the get-go means there’s been no false hope,” he explains. “From day one I’ve known the outcome so I’ve had time to cope and come to an understanding of what I’m confronted with.” 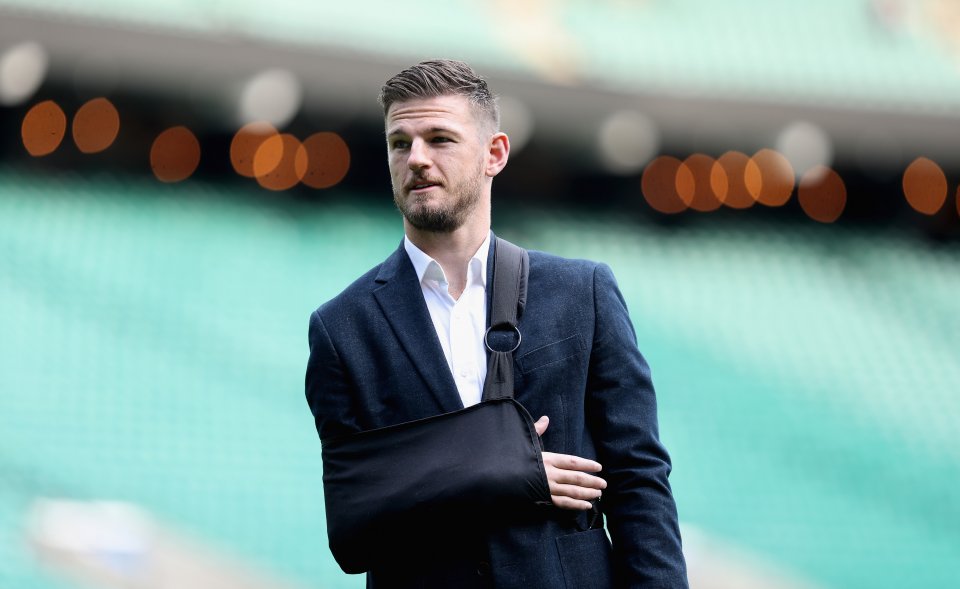 Rob Horne wants to change the perceptions of living with paralysis (Source: Getty)

He adds: “My life has changed dramatically. To live with paralysis is very new and I’m still learning ways to do things, but it’s funny how the body is and how you go about things in everyday life. If one thing is taken away from you, you become pretty innovative – you work out ways to achieve things and surprise yourself all the time.

“My capacity to deal with chronic pain has changed hugely since the day of the injury. Your brain is a pretty amazing thing. The life-changing nature of it means you confront things and are forced to operate in different ways. I’ve been amazed by how the brain can divert and function in different ways.”

With rugby now not possible, Horne has set his sights on proving that his injury is not a barrier. He wants to change the perceptions of living with paralysis.

While Saturday’s event may mark the end of his rugby career, it also serves as an excellent starting point in setting out in pursuit of his new goals.

“I invested a lot emotionally into the club. I loved my time there and that’s the biggest disappointment: that I can’t continue on there and finish how I would have liked,” he says.

“But everyone has their own things that they’re going through and this is mine. It will be mixed emotions on Saturday.”