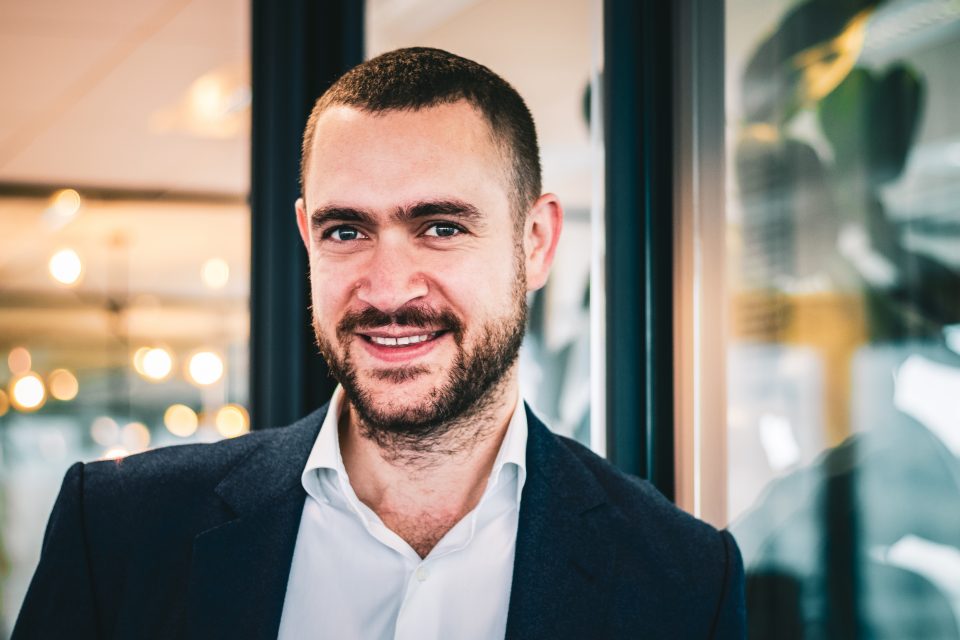 French ride-hailing company Kapten launched in London six months ago, with a bold plan to loosen Uber’s iron grip on the sector.

The company barged onto the scene in April and immediately paid for a flurry of advertising playfully mocking its competitor.

“Others avoid paying VAT in the UK – that’s not Uber cool,” one billboard read.

It also announced its arrival by offering lower prices than its competitor in an attempt to undercut the Silicon Valley giant.

Kapten is already the second-largest ride hailing app in London, with 700,000 customers serviced and 17,000 drivers.

However, new chief executive Sebastien Oebel believes these traditional strategies are not enough to catapult Kapten to the top of ride-hailing ladder.

After six weeks in the top job, the former European boss of Amazon’s musical technology section is looking to build on early success with a simple core message.

“We want to be a valuable partner to society and we believe our customers want to get the opportunity to support a company that believes in this,” Oebel said.

“The generation that is in their late teens, and early twenties, are in particular much more concerned about this factor than generations before.”

By putting corporate social responsibility at the heart of its message, Kapten is trying to tap into concerns of a generation moulded by the aftermath of the 2008 financial crash.

Oebel is banking on the hope that younger users can be wooed by a genuine commitment to social justice, particularly while Uber faces immense PR problems in this same area.

While its competitor suffers with ongoing claims of driver mistreatment, Kapten wants to focus itself as a kinder, gentler kind of company.

Repeat users get rewards through a loyalty programme, including free rides.

The company is also currently running its “ride for good” campaign, where customers can choose to round up their fare by 50p and donate the extra money to charity.

“Right now we’re working with the Epic Foundation on that, who works with disadvantaged children,” he explained.

“In the future we will look to open it up to other UK charities.”

However, a much larger change will soon be coming when Kapten introduces its “green fleet”.

In what has been branded as a UK-first for ride-hailing companies, customers will be able to choose to ride with electric, zero-emission vehicles.

Importantly, Oebel says the fleet will cover the entire city and that fares will not cost more than Kapten’s current offering.

He said the company will eventually move to a 100 per cent electric fleet.

“Our ambition is to go in that direction, it’s a step-by-step process, but we really want to go deep on that front,” he said.

“It comes with technological requirements on our side and we still want to make sure we can offer a great service.

“If we had only a green line right now we would have a lower number of vehicles, but we are moving in that direction.”

Kapten’s new boss will look to grow customer numbers by double over the next 12 months.

He is confident of meeting the ambitious target in a market that is twice the size of Paris – the site of Kapten HQ.

However, he said his experience from Amazon shows the importance of always worrying about the long game.

“The thing I took away the most from Amazon was their ability to look at the long-term picture, put in place a bold vision and also accept the pain in the short term to enact that vision,” he said.

“I think it’s really important to have at all times that insight.”