Republicans or Democrats: who is better for the economy? 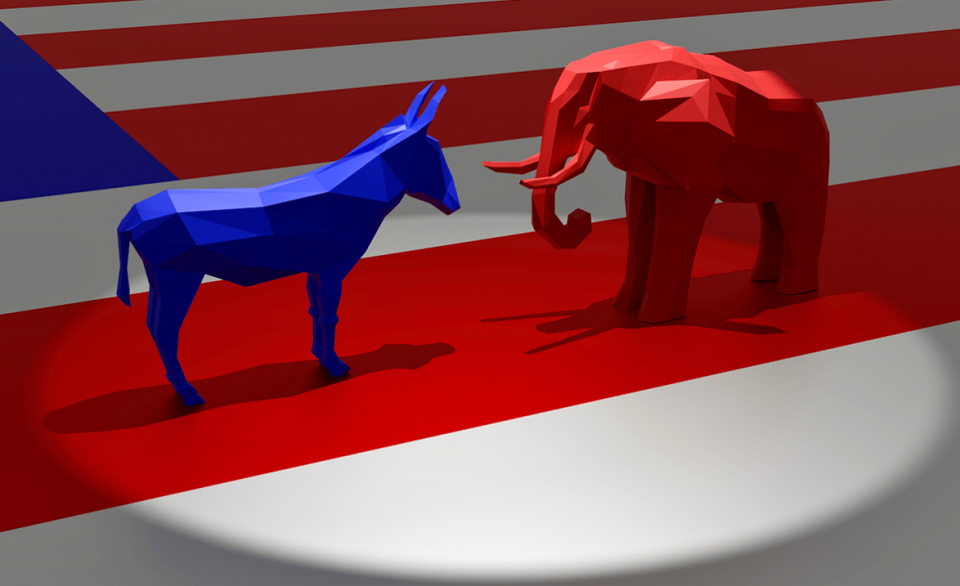 We’re in the midst of another US presidential election. And as we do every four years, we’ll hear talk about the presidential cycle and why Republicans, because of their more business-friendly policies, are better for the economy and stock markets than Democrats.

But as with so much common knowledge, the evidence for this is much more ambivalent than the conventional wisdom would suggest.

Now, a legitimate counterpoint might be that the last two major economic crises — the global financial crisis (GFC) of 2008 and the Covid-19 crisis of 2020 — occurred under Republican presidents. So, what happens if we filter our sample, eliminating the two crises and halt our analysis in 2006? The difference in real GDP growth… grows even larger.

But then GDP growth is only one measure of economic progress. What about the equity markets? After all, Republicans have long championed the tax cut, which should help shareholders keep more of their dividends and capital gains and thus result in better stock market performance.

Here again the data does not support the conclusion. In fact, the outperformance of Democratic administrations relative to their Republican counterparts, in total returns and adjusted for inflation as with GDP, is even greater. Even if we exclude the last two crises, stock market performance under Democratic presidents is still miles ahead of Republican presidents. It isn’t even close.

But this is just the picture in the US. Does the same dynamic apply in other nations with similar left-right two-party systems?

In the UK, the appeal of the Conservatives is based in large measure on the premise that they are better stewards of the markets and economy. And the UK prime minister should have an easier time enacting their policies than an American president whose party may not control one or both houses of Congress.

If we look at the data we find that economic growth has been stronger under Labour than Conservative governments. And again, if we filter out the last two economic crises and end our sample period in 2006, Labour’s outperformance gap only increases.

There is one difference, however: under Conservative governments, UK stock markets have indeed outperformed, by a considerable margin, relative to under Labour governments.

So how do we make sense of all this?

We could try to explain why stock markets have done better under Democratic presidents and Conservative prime ministers or why GDP grew more under Labour and Democratic governments and administrations. But what the analysis suggests is that there is a great deal of luck involved in stock market and economic performance.

Thus, we should just ignore claims that one party or another is better for markets because in the end it probably doesn’t matter all that much and, regardless, past performance is no guarantee of future results.

Indeed, it may be worth dusting off and repurposing the perhaps apocryphal words of the late Tory prime minister Harold Macmillan. What determines market movements isn’t so much which party is in power, but rather “events, dear boy, events”.