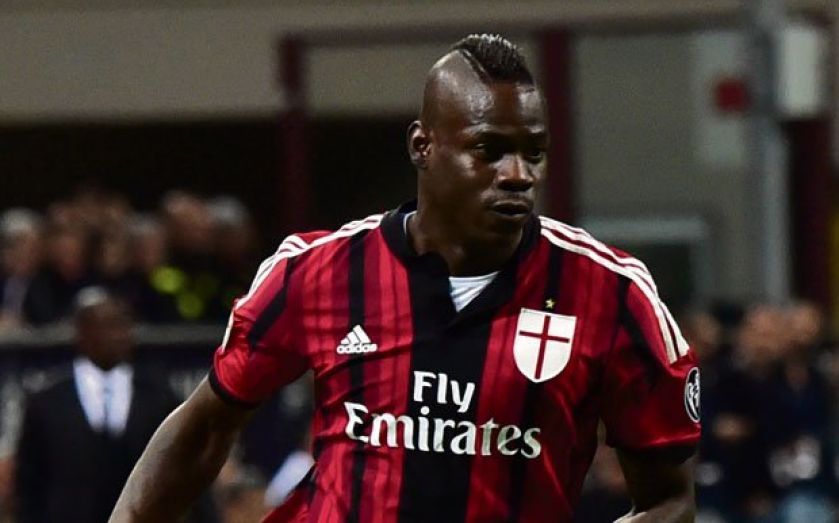 LIVERPOOL could hand Mario Balotelli a debut in Monday’s top-of-the-table Premier League clash against former club Manchester City after closing in on a £16m deal for the controversial AC Milan star yesterday.

Balotelli is expected to sign a contract worth around £90,000 per week at Anfield, where it is hoped the Italy striker will ease the goalscoring burden on Daniel Sturridge following the £75m sale of Luis Suarez.

The 24-year-old only left English football to return to his homeland in January 2013 after an eventful two-and-a-half-year spell at City, but 18 months later is poised to return in a transfer that would take the Reds’ summer net spend to record levels.

Liverpool have already forked out approximately £115m on Adam Lallana, Dejan Lovren, Rickie Lambert, Lazar Markovic, Divock Origi, Albert Moreno and Emre Can, which equates to a fraction under £40m net when offset against sales.

Completing a deal for Balotelli, who scored against England at this summer’s World Cup, would take net spend past the £50m mark reached during 2012-13.

Reds manager Brendan Rodgers has been seeking another forward since a deal for QPR’s Loic Remy collapsed last month, leaving him with just 32-year-old Lambert as cover for England striker Sturridge, who scored 24 goals in 33 games last season.

Replacing the contribution of Suarez, who netted 31 goals in 37 games and was voted the top-flight’s player of the year by fellow professionals, is Rodgers’s aim, though Balotelli has only rarely been as prolific as the departed Uruguayan.

Balotelli began his spell at Milan by scoring 14 goals in 14 games, a spell that saw him match Suarez’s goals-per-game rate during the second half of the 2012-13 campaign. But while Suarez became even more prolific last term, Inter Milan graduate Balotelli dropped off to levels similar to the rest of his career.

Milan’s in-house television channel yesterday reported that Balotelli was saying goodbye to team-mates after taking part in his final training session with the club.

The transfer would be the third major move of Balotelli’s career, and the lowest fee, having cost City £26m from Inter and Milan £19m from City.

Those facts are reflective in part of the controversy that has stalked the player throughout his career, from falling out with coach Jose Mourinho at Inter to a spate of off-field incidents while at City and a row with manager Roberto Mancini.

Balotelli helped City win their first Premier League title, however, and has three Serie A winners medals and a Champions League from Inter.