Read my lips: Why the chancellor should commit to a lower tax burden 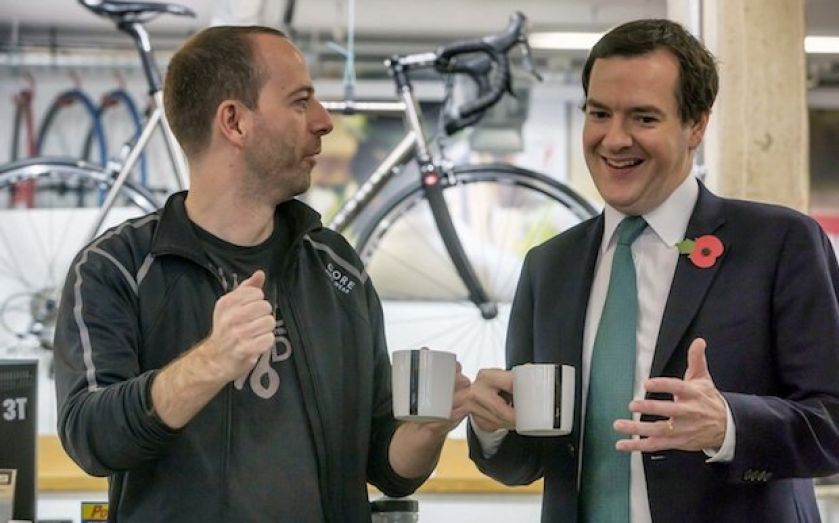 TWO CAMPS exist in the Conservative Party on tax cuts. One thinks they should happen now to ease living costs, the other that it’s fiscally premature and imprudent to do them. There is logic in both. The purpose of taxation should be to finance state expenditures in the least distortionary way possible. Since spending is so high and exceeds revenues, the government is borrowing vast amounts – equivalent to 7.1 per cent of GDP this year, according to the OECD. So while the tax burden went up between 1997 and 2013, from 37.8 per cent to 41.3 per cent of GDP, spending rose much more, from 40.8 per cent to 48.4 per cent of GDP. Politicians focus on the difference (the deficit) as the problem – a real concern when lenders worry about repayment. But economically, it’s the level of spending that represents the real tax burden on the private sector of the economy – whether paid for via tax revenues, inflation, or future taxes in the form of borrowing. A deficit of 3 per cent of GDP when spending is 39 per cent of GDP is less worrying than a deficit of 2 per cent of GDP when spending is 50 per cent of GDP. That’s because there’s significant evidence that allowing more resources to stay in the more productive private sector leads to higher medium-term growth. For a dynamic private sector, we need government spending and revenue equalised at a much lower level. Tax cuts now could cut the cost of living, but spending has to be brought down in the end to make this gain last. George Osborne speaks this language, but has a commitment problem. He front-loaded tax rises in this Parliament, but has deferred many difficult decisions on current spending to post-2015. Cuts are being made, but nobody has thought much about the reforms needed to bring spending back to the levels required. The Institute for Fiscal Studies doubts Osborne when he says remaining deficit closure will be wholly done on the spending side. It’s shown convincingly that governments typically raise taxes after elections. But the chancellor can change the terms of the debate, by committing to the George H Bush-style “read my lips” pledge Dominic Raab suggested in his CPS publication, released yesterday: “The Conservatives will not raise net taxes after the next election.” It could be a three-pronged pledge, promising to: not raise the overall tax burden; not raise personal direct taxes at all; and introduce a one in-one out rule for other taxes (allowing flexibility for tax reform). It would challenge Labour to outline which taxes it would raise, and commit the Tories to the spending restraint and reform they’ve promised. They’d also be committing to dealing with many of the things Tories claim to hate, like fiscal drag and stealth taxes. Party strategists will recoil, arguing Bush’s pledge proved disastrous. Yet that’s mainly because he broke it. It helped him win the 1988 election, before he abandoned it because the Democrat Congress forced compromise. No such problem exists in the UK, where the executive fully controls both sides of fiscal policy. Words can be cheap, and Osborne’s own deficit reduction targets have been fairly malleable. But incumbency offers a chance to frame fiscal policy. That’s why New Labour’s first term was largely fiscally prudent and the Tories stupidly went along with Gordon Brown’s spending plans before the financial crisis. If Osborne thinks taxes won’t need to be raised, a pledge now makes it more likely he’ll be proved right. Ryan Bourne is head of economic research at the Centre for Policy Studies. @RyanCPS