How the stockmarket returned 80% without moving

Rajasthan Royals: With Stokes, Buttler and Archer on board the franchise are aiming to become the United Kingdom's go-to Indian Premier League side 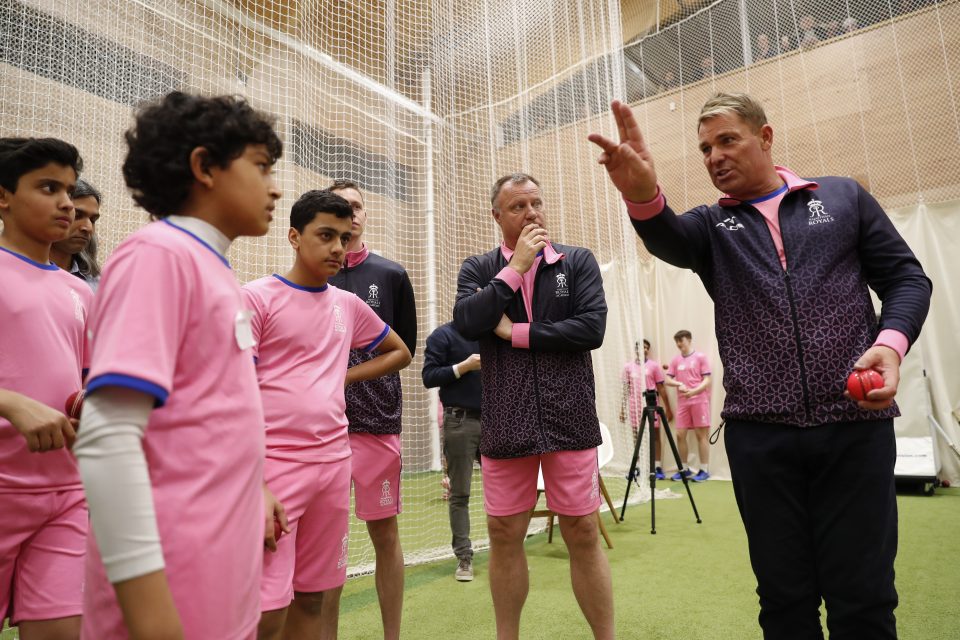 Like every other Indian Premier League side, Rajasthan Royals will take part in an auction on Thursday.

The day of chaotic, intense and exciting player recruitment, which starts at 15:30 IST in Kolkata (10am UK time), will shape the season for all of the eight franchises, but looking at the wider picture, Rajasthan already have three key assets on board.

In November the franchise, based in the north-west of India, announced that they had retained the services of Ben Stokes, Jos Buttler and Jofra Archer for the 2020 campaign, which takes place in April and May.

The three England stars, who were first recruited in 2018, will therefore not be up for grabs in tomorrow’s auction, which is just as well, because Rajasthan’s grand plan to build their brand is built around them.

Read more: Middlesex director of cricket Angus Fraser on how the club plan to bounce back in 2020

“We looked at who could add value to our team. But you never know what you’re going to come out of the auction with. Coming out with those three players we had an English core, but we didn’t look at them from a marketing perspective – it was purely about the technical ability of those three.

“Once we had those three players and we had to expand in different ways to other franchises and be innovative so we looked to the UK and thought ‘how can we tap into this market?’”

Although Jaipur has a population of over three million people, that makes it just the 10th largest city in India. Rajasthan’s home is therefore dwarfed in size by the likes of rivals Mumbai Indians and Delhi Daredevils. Their smaller domestic following means Rajasthan have to be more outward-looking in their ethos.

The fact that their co-owner, Manoj Badale, is the co-founder of UK venture builder company Blenheim Chalcot, McCrum himself is English and they had three star England players on their roster meant all roads pointed to England.

In practice that means establishing academies in the country. Earlier this year the Star Cricket Academy at Reed’s School in Surrey was rebranded as the Rajasthan Royals Academy and McCrum says the franchise plan to add five more across the country in the next six to nine months, as well as running online education courses.

Meanwhile, Rajasthan are also aiming to send “five or six of our younger Indian players” over to England next summer, with counties keen to try and engage the Indian population, both domestically and abroad.

Riyan Parag, an 18-year-old batsman who helped India win the Under-19 World Cup in 2018 and who this year became the youngest player to make a half-century in the IPL, is a prime candidate for a summer placement.

“We want to become the UK’s No1 IPL team, then expand into Australia and the US,” McCrum says.

“The fact we had those three players, the timing and the fact they’re playing so well is why we’re pushing so quickly and so heavily into the UK.

Although Rajasthan have already secured three of England’s key World Cup winners for next year’s IPL, tomorrow’s auction is still an important process.

The franchise are “looking for four international players and seven or eight Indians” to fill up their 25-player squad, according to McCrum, who has been involved in two auctions previously.

“This is the third of a three-year cycle, so you’re basically looking to buy players who you think can step up and win you matches in the IPL,” he explains.

“In year one you’ll always have one or two picks who you think you can develop over a year or two and you’ll take a bit more of a risk on, whereas now you’ll still taking a risk on any unknown player you sign, but you have to believe they can step up and win you matches in the IPL this season.”

Considering the high stakes and the unpredictability of the process, which guarantees nothing and involves 338 players but just 73 vacant slots altogether, it is understandable that a lot of work has gone into the auction.

Rajasthan had 42 players – 35 Indian and seven international – at their trials at their ground in Nagpur earlier this month, where they can take a look at the talent away from the prying eyes of other franchises, who used to spy when they were conducted on public property previously in Mumbai.

But most of the young hopefuls will have visited the trials of Rajasthan’s rivals as well, and with franchises looking for different attributes, it is hard to know what to expect. McCrum and his team will have to think of their feet and be flexible with their plans.

“The mood varies from moment to moment – it can be very intense and quite a lot of fun,” says the 26-year-old.

“In the build-up to the auction, basically from the end of the last IPL, we have been reviewing video footage along with our analytics team, of players performing all around the world.

“We then have the trials to look at the young Indian talent, and hopefully discover some spectacular stars, like Riyan Prarag or Shreyas Gopal. Then we have a week in Chennai with our analytics team where we run simulations on the opposition teams to build our decision tree, which we then take into the auction. It’s the piece I manage in the auction.

“We will have options of A, B, C, and D for every step of the auction. I noticed with The Hundred draft [in October] that teams didn’t have such a deep back-up ready, whereas we always have a long list of players we’re happy to sign if another gets stretched out of reach, or you miss your player, so you have extra funds elsewhere.”

With the planning and preparation done, Rajasthan Royals are braced to ride out the organised chaos of the IPL auction.

Review of 2019: Stokes has been England's inspiration and Archer has broken through