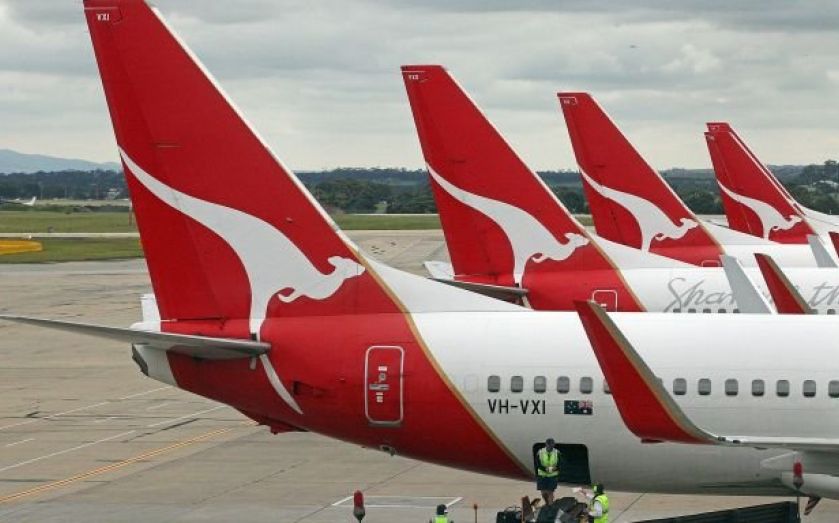 Qantas announced a post-tax loss of AU$2.8bn (£1.57bn) for the year ending June – its biggest ever loss.
The Australian airline said the result was in part because of the A$2.6bn write-down on its international fleet, but also cited domestic demand, poor consumer spending and rising fuel costs as contributing factors.
Last year Qantas posted a loss of AU$341m, and earlier this year it announced it was cutting 5,000 jobs over the next three years to try and manage costs.
The loss was considerably bigger than the AU$750m analysts were expecting, but chief executive Alan Joyce offered positive words about the airline's future.
He reassured investors that although the loss was "confronting", the airline "will go back into an underlying profit for the first half of the year".
"Our cash balance and liquidity position is strong," he added, "and the group's overall financial performance is rapidly improving."
He also confirmed the carrier would not sell its frequent flyer programme, and his reassurance led to the carrier's shares rising by just under seven per cent in Sydney