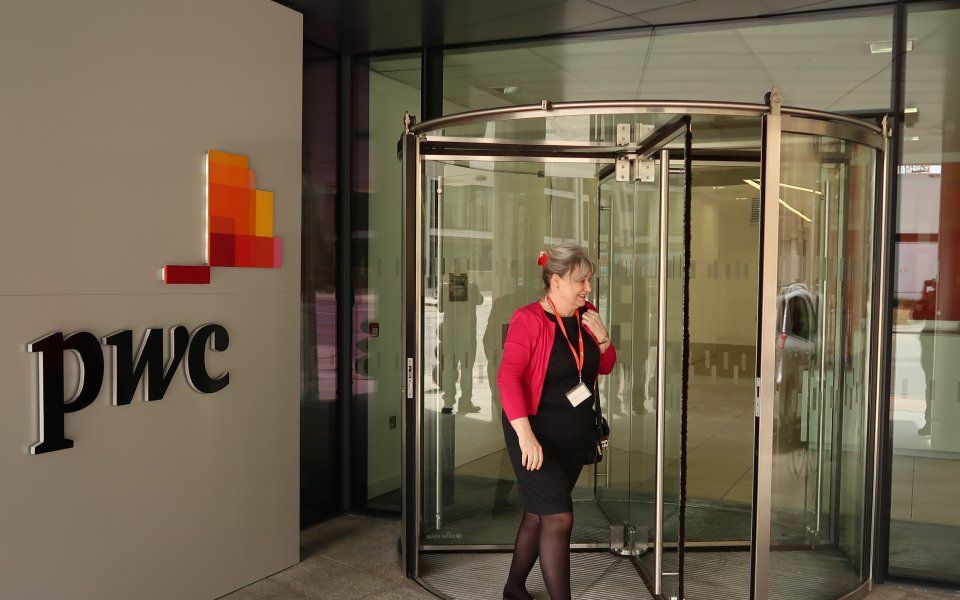 The chairman of PricewaterhouseCoopers UK said the Big Four accountant has learnt from its mistakes and improved processes, after it raised revenues despite settling two regulatory investigations in the past year.

PwC, one of the world’s largest professional services firms, reported revenues of £3.76bn in its UK activities for the year ended 30 June 2018, a five per cent rise on the year before.

Ellis said: “Momentum in our business is good, driven by a strong deals market and demand for technology-driven business expertise, as we see organisations turn to us to help them transform their business models, many in response to digital disruption.”

There have been growing calls for breakup of the Big Four firms in the aftermath of a series of scandals in Europe and Australia. An ongoing competition authority investigation – recommended by two influential parliamentary committees after the collapse of government contractor Carillion earlier this year – is currently looking at the possibilities of increased government intervention in the sector.

Read more: EY boss hits back at calls to break up Big Four

Ellis said he supported diversification, but claimed that breaking up the giant firms would damage the level of insight available to audit clients.

“I genuinely believe that a increase in choice will be a good thing,” Ellis said. He said breakup would “reduce the availability of other insights in creating an audit”.

The firm emphasised its spending on recruitment and technological development, in a year which saw it slapped with successive record fines by the Financial Reporting Council (FRC).

Learning from its mistakes

In August 2017, it was reprimanded and fined £5.1m for misconduct related to its audit of accountancy firm RSM Tenon, and in June was forced to pay a £6.5m fine – reduced from £10m – for failures in its audit of BHS two years before the department store collapsed.

“This year we settled two Financial Reporting Council investigations (BHS and Tenon) where our work fell below the standards expected of us and that we demand of ourselves,” Ellis said.

“Our goal is always to deliver work of the highest calibre. When we get things wrong we put our hands up, learn the necessary lessons and improve our processes. Audit remains a fundamental part of the firm and the commitment to continuously improve audit quality is at the forefront of our strategy.”

He said that when audit failings arose as a result of “individual failure”, it was important to be “honest” and introduce further training and controls.

Like its Big Four stablemates, PwC has increasingly seen its income arrive from areas other than traditional accounting, such as consulting. The report says non-audit work made up over 78 per cent of its revenue, with 68 per cent from clients who it also does not audit.

PwC reported growth in its assurance, consulting, tax and deals business areas, and said its gender pay gap had narrowed. Ellis told City A.M. the firm was in a “race for technology talent” as it prepares for future developments.

He said the firm was looking at its diversity policies, warning that recruiting directly from the market for employees with tech skills risked reversing its pay gap progress, and making its workforce more homogenous.

PwC is the FTSE 100’s largest auditor by market cap, with data from August compiled by Adviser Rankings showing the top UK companies it provides audit services to had a total value of £637.8bn – representing nearly a third of the total alone, despite rivals KPMG and Deloitte having the same number of clients.

Its 27 clients include some of the FTSE 100’s biggest names, including HSBC, Astrazeneca and Diageo.

Ellis said the dip was a reflection of recent regulation, but claimed the organisation had enough clients to continue to grow its services.

Under new EU legislation, accountants have been hit with a cap which means non-audit billing of audit clients cannot be higher than 70 per cent of their audit fees. The US has had similar legislation for almost two decades, resulting in sector-wide revenues that form of billings falling by over half from 2002 to 2016.