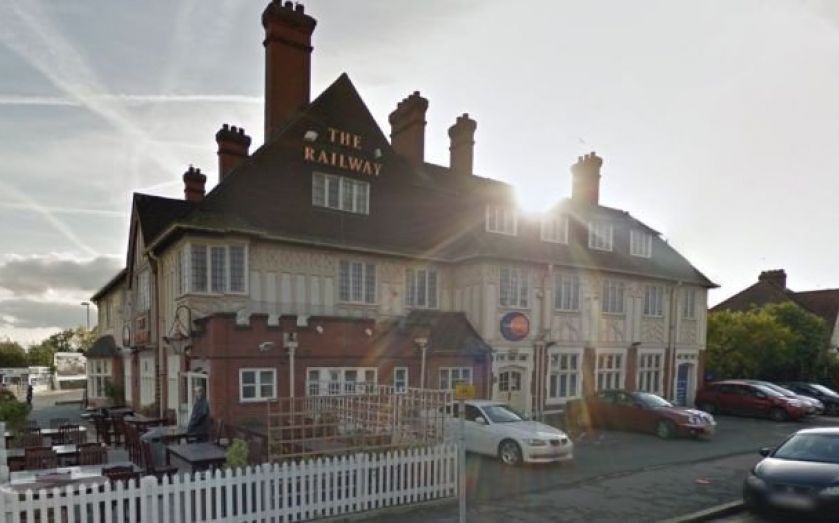 Pub group Mitchells & Butlers – which owns the All Bar One and O'Neill's chains – faces a huge fine, while a landlady and her chef could serve jail time after a woman died from eating toxic turkey at an Essex pub.
Della Callagher died and 32 other diners became seriously ill after eating a Christmas lunch at the Railway Hotel in Hornchurch in 2012.
The £39.95 meal had been cooked the day before and given a second blast of heat on a hotplate before being served. Prosecutors claimed the food was not properly cooled initially, and then not heated sufficiently, creating a “perfect breeding ground for the deadly Clostridium bacteria”, Court News UK reports.
Landlady Ann McSweeney, 40, and chef Mehmet Kaya, 37 disposed of all the waste food, preventing health inspectors from taking samples. They also forged kitchen records.
Both were found guilty of perverting the course of justice for falsifying food safety records, while the pub chain was found guilty of placing unsafe food on the market by not ensuring food hygiene rules were followed.
Callagher started feeling ill on Boxing Day and took an ambulance to Queen's Hospital in Romford, though she was told to go home because staff feared she had the norovirus. She took a dramatic turn for the worse and her brother was instructed to administer CPR over the telephone while the family waited for paramedics to return.
She was pronounced dead at the hospital at around 8:15am on December 27.
Andrew Campbell-Tiech, QC, prosecuting, “claimed the Railway Hotel only paid lip service to the systems the company had prescribed but did not enforce”.
Checks on seven pubs in the chain in east London and Essex showed that food safety standards were not enforced by the parent company, the court heard.
McSweeney was cleared of one count of placing unsafe food on the market but found guilty of one count of perverting the course of justice. Kaya was cleared of one count of placing unsafe food on the market but convicted of perverting the course of justice.