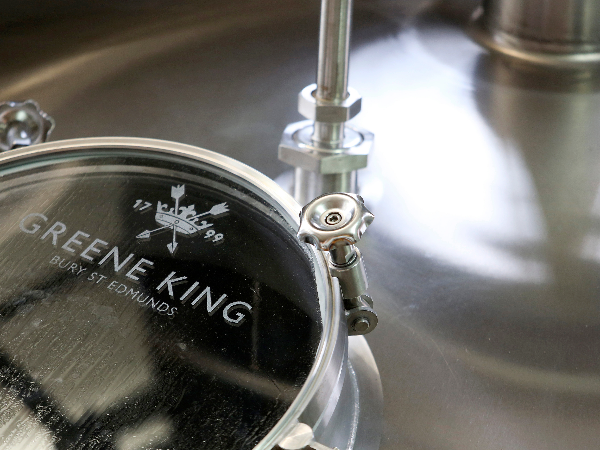 Investors in Greene King are raising a glass in celebration after Hong Kong’s richest man, Victor Li, agreed to buy the UK’s largest publicly-listed pub and brewery company for £4.6 billion (including net debt). A unit of Li’s investment vehicle, CK Asset Holdings, has bid 850 pence per share – more than a 50 per cent premium to the pre-bid share price.

CK Asset Holdings already acts as a landlord to the maker of Old Speckled Hen and Abbot Ale after it bought 136 of Greene King’s pubs in late 2016 and leased them back to the business.

The takeover is the latest in a string of acquisitions in the sector. Dutch firm Heineken bought Punch Tavern’s 1,900 UK pubs in August 2017, adding it to its existing Star Pubs & Bars pub business. Stonegate, which runs numerous brands including Slug & Lettuce, is in the process of buying Ei Group’s 4,000-plus pubs after tabling a bid in July. Heineken paid a 40 per cent premium over Punch’s share price at the time, and Stonegate’s offer was higher than Ei Group shares had traded since the financial crisis.

What is driving M&A in the UK pub industry?

The pub industry has faced numerous challenges over recent years. Supermarkets have persuaded more people to drink at home by undercutting pubs and offering prices they simply can’t compete with. The smoking ban is thought to have driven some customers out of the boozer since being introduced in 2007, and today’s younger generation is consuming less alcohol. At the same time, costs have been increasing thanks to higher wages and business rates, both of which have crippled many companies down the high street. In fact, over 11,000 pubs have shut their doors over the last ten years – almost a quarter of the country’s total.

So, why all the suitors circling the UK pub? Firstly, industries tend to combine forces through consolidation when they face shared challenges, allowing them to scale up and tackle the problems, whether that be higher costs, lower footfall or pressure on margins. However, there are three other reasons why suitors are chasing UK pub stocks.

At first glance, it would appear that UK pubs and the wider hospitality industry isn’t faring that well. The number of pubs is still in decline and a number of restaurants have hit financial trouble in the past two years, including Byron Burger, Prezzo and Jamie Oliver’s string of eateries. However, the pub industry is actually in great shape.

It is true that more UK pubs are going out of business every week, but it is small and often rural taverns that are struggling to cope. In fact the industry’s revenue has been steadily rising since around 2009, suggesting that larger companies with bigger, more metropolitan pubs (often with a broader food offering), have swallowed up the business from smaller pubs that have closed.

The fact that average annual revenue of each pub in the UK was £538,150 in 2016, up from just £321,904 in 2001, confirms this. There are fewer pubs, but the ones that have survived have seen business improve, and because they are larger and more efficient they should, in theory, be more profitable.

This has proven true among the large publicly-listed pub companies. Greene King has seen revenue rise 70 per cent over the past five years, Fuller Smith & Turner has seen a 50 per cent increase, Marston’s 45 per cent, Young & Co’s 34 per cent, Wetherspoon’s 20 per cent, and Mitchells & Butlers’ revenue has risen 14 per cent. They have all seen pretax profit increase by double digits in that same period, with Greene King’s jumping 64 per cent, Fuller Smith & Turner’s 22 per cent, Marston’s 18 per cent, Wetherspoon’s 14 per cent, Mitchell & Butler’s 13 per cent and Young & Co’s by 11 per cent. Most of them have also raised dividends.

The weakening of the pound since the EU referendum in 2016 has made UK assets cheaper to buy for foreign investors, making them more attractive. For CK Asset, the bid for Greene King was partly fuelled by the fact the pound is currently 9.7 per cent weaker against the Hong Kong dollar than before the referendum. The Financial Times reported that one source close to the company said the fall in the pound had encouraged the takeover bid, but was not the main motivation behind the deal.

The general weakness in the pound since mid-2016 has encouraged a wide array of cross-border purchases of UK assets. The UK’s largest satellite business, Inmarsat, was bought-out by a consortium of private equity groups in March. Theme park operator Merlin Entertainments agreed to a takeover bid in July that was tabled by a consortium led by the owner of LEGO, and aerospace and defence firm Cobham was also subject to a bid by a US group in the same month.

Equally, some (but not all) have seen their share prices plunge since the Brexit vote. For example, Greene King’s share price was down 28 per cent since the referendum before the takeover bid was launched.

CK Assets has a wide array of interests in the UK, predominantly in stable and highly-regulated industries like water utilities and power generation. It owns part of Northumbrian Water and UK Power Networks, demonstrating its fondness for UK infrastructure assets. While it does invest in other areas, such as retail through its ownership of Superdrug, the decision to buy Greene King does not immediately match its wider investment thesis.

However, the price of UK infrastructure assets has risen over recent years, reducing the possible returns on offer for companies like CK Assets. This has prompted the company to look at other business that can potentially offer stable and resilient cashflows and generate a better return.

Most UK pub stocks have vast real estate portfolios to fall back on. Eight out of every ten Greene King pubs are owned under freehold but this had simply not been priced in to the company’s share price. CK Assets found Greene King’s real estate alone was worth £4.5 billion but valued by investors at just £3.5 billion. Even though it paid a huge premium to please shareholders, the £4.6 billion price tag is a bargain considering the value of the pub’s property portfolio. EI Group also owns almost all its pubs and they were being undervalued by investors when Stonegate put its offer in.

Where next for the UK pub industry?

How Brexit will affect consumer spending and the industry’s supply chain is not yet known, and there is growing expectation that a recession could occur within the next couple of years. Yet, recent acquisition activity, particularly from overseas, is a sign of confidence that UK pubs will remain attractive businesses regardless of what is around the corner. Yes, the timing of the bids may have been partly-fuelled by lower valuations and weaker sterling, but they have ultimately been purchased because the buyer’s see a long-term opportunity.

Some have argued CK Asset’s bid for Greene King is more about snapping-up undervalued real estate rather than a pub business, but it also believes the pubs can prove resilient and stable when the next downturn arrives. With this in mind, some are expecting more mergers and acquisitions (M&A) to occur considering other pub stocks have large, often under-valued real estate portfolios and room for growth. Private equity groups and foreign buyers are keen to capitalise on the weaker pound. The need to consolidate could also continue to spur on more mergers as businesses continue to scale up.

Elsewhere, the UK pub industry will continue to mould to new trends, such as the growing popularity of no-or-low alcohol beverages, premiumisation of gin and other spirits, craft beers, and broadening their appeal by offering an ‘experience’ rather than just a drink. Take one of the newer kids on the block, Loungers, which was founded in 2002 and listed in April this year. The company runs ‘Lounges’ that combine ‘elements of a restaurant, British pub and coffee shop culture’, demonstrating how the role of the pub is changing.

How to trade UK pub stocks

The news that someone was willing to pay more than a 50 per cent premium for Greene King filtered through to the rest of the sector and provided support to the share prices of other pub stocks, the majority of which have seen a double digit increase over the past 12 months.

Still, despite soaring prices, brokers still see upside in most of the stocks and believe they are undervalued, with a handful considered adequately valued.

VCTs with interests in pub companies

There are a number of London-listed outfits with exposure to the UK pub sector. Both Crown Place VCT and Albion Venture Capital Trust (both part of Albion Capital) have minor shareholdings in Bravo Inns, a Warrington-based community pub firm with 44 sites in North Cheshire, Greater Manchester, Lancashire and Cumbria. Caledonia Investment Trust owns Liberation Group, which runs 15 pubs, bars and eateries in the UK, Jersey and Guernsey.

There are also other property companies that lease their portfolios to pub companies, such as Shaftesbury. The company owns swathes of property in London’s West End and is the largest single provider of dining and leisure space in the area, with 306 restaurants, cafes, pubs and bars within its portfolio at present.