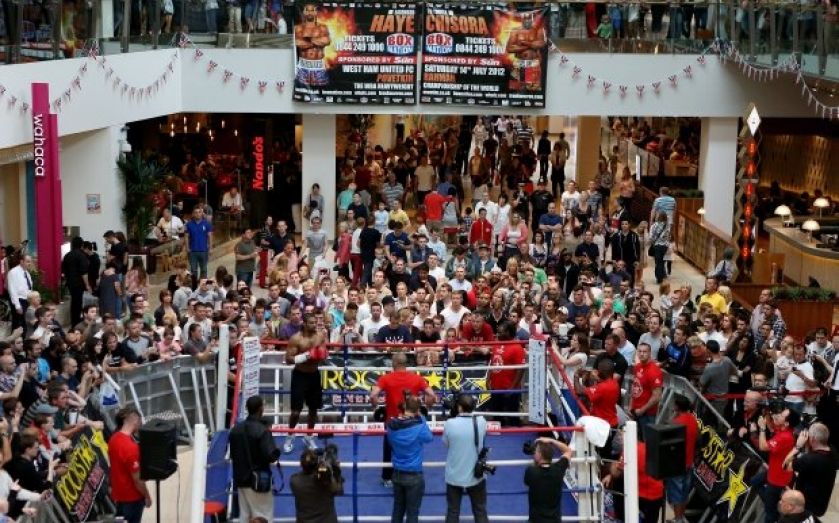 Some of the UK property industry’s biggest players are circling Lendlease’s £550m cent stake in  Bluewater shopping centre in what could become a heated battle for the prized site.

British Land, Land Securities, Hammerson, Westfield, Intu and M&G Real Estate are reported to have all lodged initial expression of interest in the Kent shopping centre, according to CoStar as well as China’s Gingko Tree Investments, the US’s Simon Property Group, Hines and AustralianSuper.

The Australian industrials giant bought the old chalk quarry site near the Dartford Tunnel in 1994 and invested around £350m to build Bluewater, which opened its doors in 1999 anchored by key tenants including John Lewis, Marks & Spencer and House of Fraser.

It is co-owned by M&G Real Estate and Singapore sovereign wealth fund GIC, which each owns a 17.5 per cent share and Hermes, which holds 10 per cent stake. Lend Lease also manages a 25 per cent stake owned by funds via the Lend Lease Retail Partnership.

Lend Lease’s chief executive Simon Hipperson told investors in October that his group aims to sell its 30 per cent stake in the 1.8m square feet shopping centre in Kent during the next two years.

The centre was valued at £1.83bn at the end of June last year, implying a value of £549m for Lend Lease’s stake.

Hipperson said at the time that the group was unlikely to sell its shareholding this year however the resolution of a long-running battle with M&G Real Estate owner Prudential over pre-emption rights in February could bring forward the sale of its stake.

A Lend Lease spokesman today said: “We have said previously that we will look to sell our 30 per cent interest in Bluewater when the time is right.  We have since received significant interest with regard to the asset and any sale will be structured to maximise security holder value.”

The 1.6m square feet site is currently the UK’s fourth biggest shopping centre attracting 28m visitors a year and its location on the M25 makes it a sought after asset.

It traded well through the recession, however the arrival of new shopping centre rivals Westfield has  increased competition and Lend Lease has looked to make changes to the site to refresh its offering. In 2012 it submitted plans for a 375,000 sq ft extension, which would once again make its the UK’s largest mall.

Deutsche Bank analyst Martin Allen speculated in October that shopping centre-owner Intu was likely to be interested in acquiring the site if Lend Lease were also to sell its management contract.

He told City A.M.: “Bluewater Park is one of the biggest and most successful super-regional shopping centres in the UK, so we think that most UK shopping centre investors would like to own the combined package being offered of a 30 per cent stake plus the management contract, but as a result the pricing is likely to be keen.”