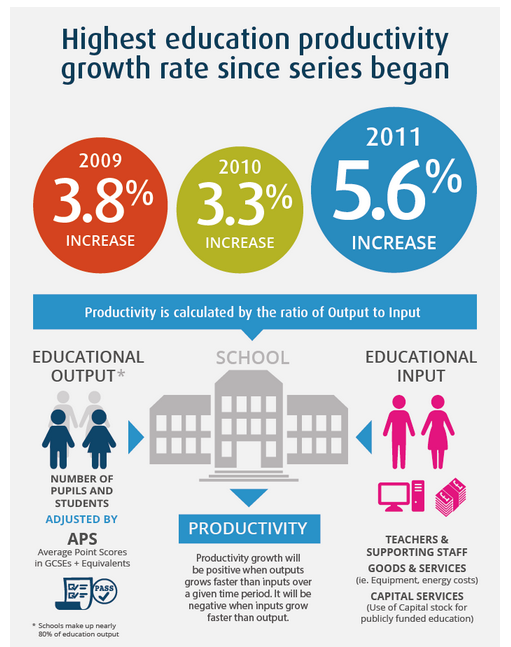 Figures published this afternoon suggest annual productivity in education has grown, reaching its highest yet in 2011 – the last year looked at. (Release)

Output estimates reflect both changes in pupil numbers and the change in the quality of education output.

The quality of education output is denoted by average point scores in GCSEs and equivalent examinations.

Most expenditure in UK education is in funding state-provided maintained schools. There is, however, significant spending on independent (which, as well as private, includes academies and free schools) and voluntary schools which is counted as a component of government spending.

A 1.8 per cent fall in the volume of inputs in 2011, says the ONS, is the net effect of a reduction in goods and services inputs, a slight fall in labour inputs and a small increase in capital inputs.