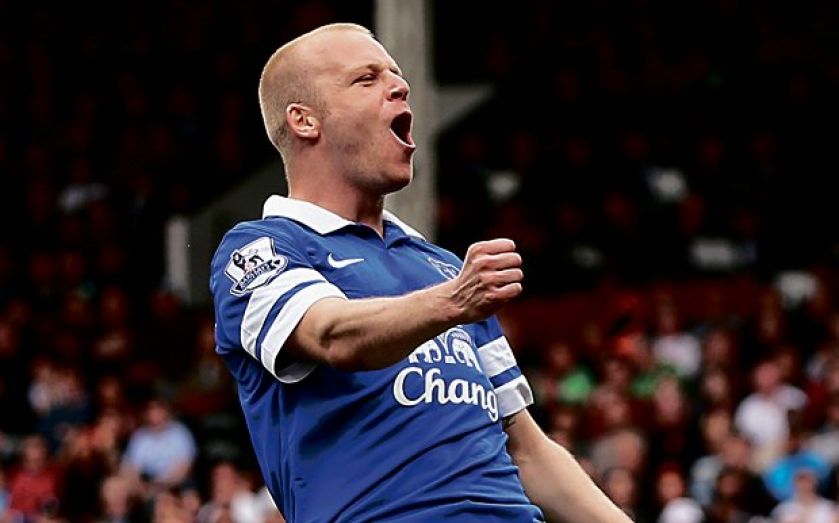 FULHAM boss Felix Magath has pledged to stick by the club even if they are relegated, after a home defeat to Everton yesterday left the west Londoners rooted to the bottom of the Premier League.

Magath’s side started brightly and had the best of the opening half, yet went behind to an unfortunate David Stockdale own goal four minutes after the break.

Substitute Ashkan Dejagah fired in a blistering equaliser, but Everton’s own changes proved most beneficial, Kevin Mirallas and Steven Naismith coming off the bench to steal all three points.

“I knew it was a difficult situation [when I came here], and I know it maybe won’t work out as we hope; sure I am ready to stay here and go to the Championship,” Magath said, despite insisting all hope is not lost.

“[But] I’m not planning for the Championship. I know we can still make it. We played better than a relegated team today, it was our best game until now.”

Everton took the lead on 49 minutes, a corner falling to Naismith whose shot from 20 yards pinballed in a crowded penalty area before hitting Stockdale and rebounding into the net.

Fulham brought on Dejagah soon after the hour mark and before long he cut inside from the left and unleashed a stunning right-footed drive high inside the near post.

The home side pushed on for a win but were caught out for their attacking intent. With 11 minutes to go a long clearance was chested down by Aiden McGeady, whose pinpoint through-ball allowed Mirallas to control and side-foot past the out-rushing Stockdale.

And with just three minutes of normal time left, Mirallas went down in the box. No penalty was given, but Baines pounced on the loose ball to cross for Naismith to prod in from close range.