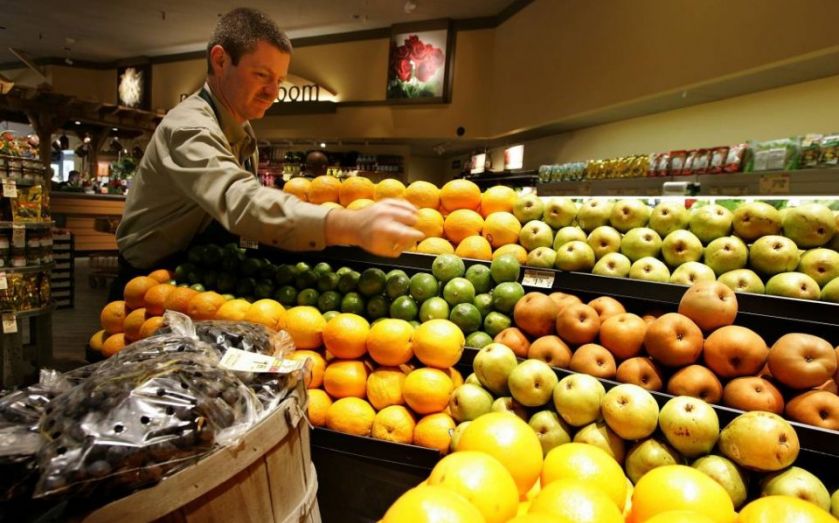 Premier Foods' share price opened lower this morning as the group that owns Mr Kipling, Bisto gravy and Ambrosia custard revealed a sluggish effort to shake off the impact from the supermarket price wars.

Branded sales were down 1.4 per cent while non-branded foods dropped 3.1 per cent. In total, group sales were down 1.6 per cent, which was in part down to Easter falling earlier in the year.
Grocery sales were the weakest part of the business, down two per cent and 9.8 per cent respectively, but its “sweet treats” division was up – 0.1 per cent and 11.1 per cent by division – giving a total increase of 1.4 per cent.
Premier Foods said it had gained market share in cake, ambient desserts, flavourings and seasonings.
Looking ahead to the rest of the year, Premier said it was planning to up consumer marketing spend “materially”, adding that while the trading environment was expected to remain “challenging”, it expected to make a significant reduction in net debt.

While food price deflation might be welcomed by consumers. Premier Foods has been hit hard by the supermarket price war, as the likes of Aldi and Lidl undercut traditional brands with cheaper alternatives.
Last autumn it issued a profits warning, and while performance still isn't particularly rosy, it has managed to narrow losses for this quarter. However, it has also acknowledged that trading is challenging.
Premier was also at the centre of a scandal earlier this year when it emerged the group had been demanding “pay to stay” payments from suppliers.

Gavin Darby, chief executive, said: "We are encouraged by the continued good volume and value response of our brands in those areas where we have focused our investment, although branded sales in the quarter were impacted by the earlier timing of Easter.
“While the business environment remains challenging, our expectations for the year, including a significant reduction in net debt, remain unchanged."

The business is attempting to innovate “new product development launches using gel pot technology… will be launched into market shortly” and is setting store by its “premiumisation and foodieness”.
The company is also launching a number of new Cadbury products into market this year.
But as long as the price war continues, Premier Foods will be under the cosh.
Share:
Tags: NULL