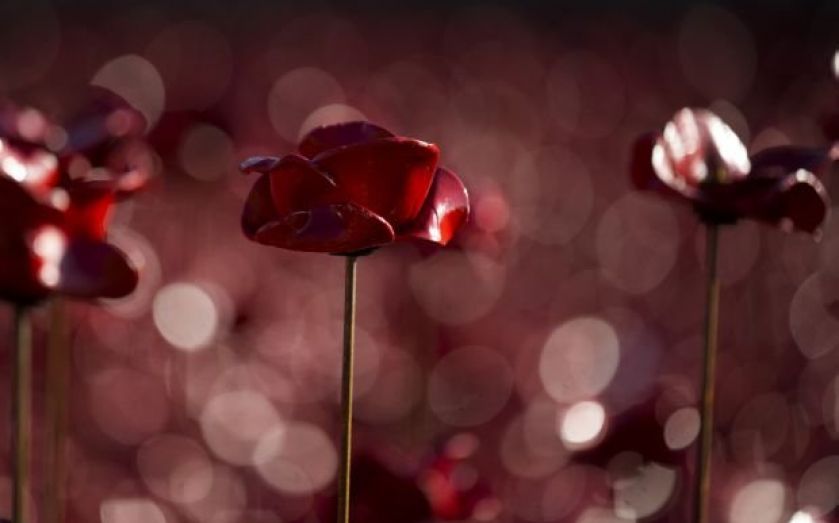 With August marking 100 years since the outbreak of the First World War, our troops leaving Afghanistan and ISIS marauding across the Middle East, remembrance seems ever more poignant this year.
Growing up, I always thought Remembrance Day was about the First and Second World Wars, but these days there is so much more to pay our respects to.
One element of this occasion I would like to pay my respects to is the poppy itself. The poppy was adopted to remind us of the flowers which covered the battlefields of Flanders, where some of the greatest losses occurred in the Second World War.
It was initially established by Moina Bell Michael, an American teacher, who was so moved by the poem “In Flanders Field”, she bought poppies with money collected from her colleagues and sold them to raise funds for U.S ex-Servicemen.
In 1922 Major George Howson, an engineer who had served in the First World War, proposed the idea to the Royal British Legion of establishing a factory to make poppies. He designed the poppies to be constructed with only one hand, so disabled servicemen could be employed. He didn’t think it would be a great success, but with a grant of £2,000 he started the initiative.
The Royal British Legion created 45m poppies for 2014, the Centenary year and raised the profile of the poppy to previously unseen heights.
I was lucky enough to see the 888,246 poppies at the Tower of London. In this environment, the poppy was no longer the stark red symbol we see adorning lapels all around us, rather it was the blood lost by each individual flowing across the land. It was poignant, but it was also an artistic and cultural feat.
The British Legion also launched a single this year, used social media to tell the stories of our war heroes and the efforts the Legion goes to to support their families.
It launched campaigns to help servicemen and their families ‘live on’ and raised significant funds in the process. In other words, it has built Remembrance Day and the poppy symbol into a fully fledged brand and cultural movement. I applaud it for its success.
The poppy is such a simple symbol, yet it is loaded with meaning, emotion and good intent. Every year we wear it with pride and we remember those who keep us safe.