Pound smashes through €1.40 mark hitting seven-year high against the euro amid quantitative easing and Greek woes 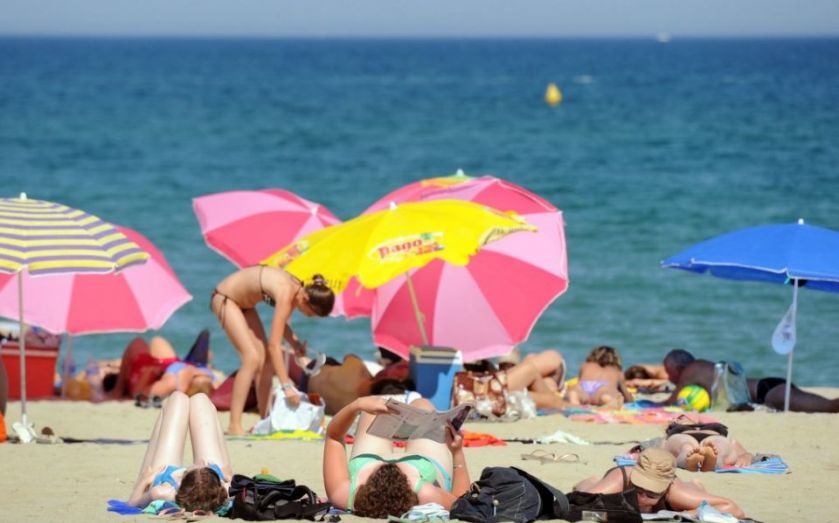 The pound soared to a more-than seven year high against the euro today thanks to the start of Eurozone quantitative easing.

It's been buoyed by Draghi's "biggest bazooka", the €1.1 trillion (£720bn) bond-buying programme, which was launched yesterday. The programme, due to end in September 2016, will see the European Central Bank (ECB) buy around €60bn in public and private bonds each month.

Frankfurt is buying government bonds in a bid to stimulate lending in the Eurozone. It hopes to boost demand, in turn driving spending, and prevent the single currency bloc from falling into a long bout of deflation.

Greece is due to begin talks with creditors tomorrow as it tries to have reform proposals approved. This would enable it to receive the final slice of its bailout loan, which the country needs in order to avoid going bankrupt.

But Jeroen Dijsselbloem, president of the group of Eurozone finance ministers, said the last two weeks had been a “waste of time” and that talks must begin tomorrow as there is “no time to lose”.

A strong pound will be a boon for Brits planning to holiday in Europe this summer as their cash will go further. But exporters will lose out, because their goods become more expensive, and thus less competitive abroad.