Pound could fall to parity with the euro if Brexit vote gets through, warns UBS, as Deutsche Bank says Brexit would be a "journey down the rabbit hole" for UK economy 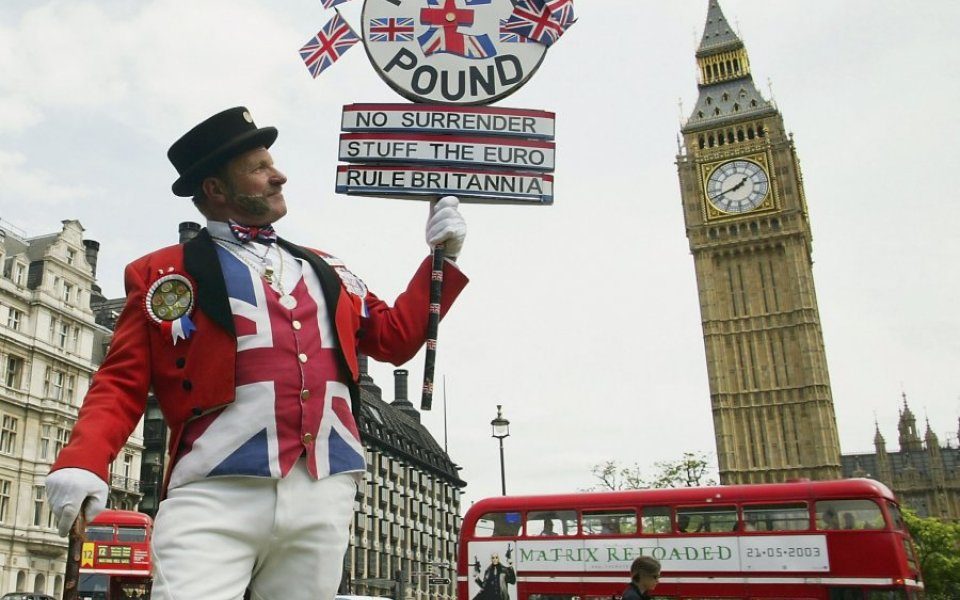 Economic wonks at UBS have calculated the British pound could fall to equal value to the euro, if the UK does decide to quit the European Union in the vote set for 23 June.

UBS reckons the chance that the UK will leave the EU stands at around 40 per cent.

The latest warning follows a drop in the value of sterling against the dollar to $1.38 last week, a seven year low. The pound has fallen against the euro, from €1.36 to €1.27 since the beginning of the year as exit fears mount.

Meanwhile, in a separate note out this morning, analysts at Deutsche Bank warned that if Britain decides to leave the European Union in the referendum on 23 June, it will be "a journey down the rabbit hole" ridden with uncertainty.

Taking into account a  range of post-Brexit outcomes, Deutsche said that in a "benign" environment, initial uncertainty would lead to a front-loading of the bank's existing bearish GBP/USD forecasts of $1.28 by the end of 2016 and $1.15 by the end of 2017. In a "non-benign" or "worst-case scenario", sterling may depreciate an additional 10 per cent, the bank warned.

Deutsche also crunched the numbers on possible effects on British exports, finding that if the UK and EU traded under WTO rules after a British exit, the loss of UK goods exported to the EU would be £16bn, or around 1 per cent of GDP, while the value of EU exports to the UK would fall by £34bn.

According to UBS, the market is now pricing roughly a 25 per cent chance of a Brexit, which UBS says "seems low".

London mayor Boris Johnson has given a boost the leave campaigns, announcing last week he will defy Tory leader David Cameron and push for a vote to leave.

Various companies have come out against a Brexit in recent weeks, with businesses from Costa Coffee owner Whitbread to budget Irish airline Ryanair putting their weight behind a vote to stay in the world's largest trade block.

Last week HSBC issued a stark warning about the impact of Brexit on the UK economy, predicting the pound would tumble by 20 per cent and 1.5 percentage points would be wiped off the GDP growth rate in 2017.

The bank also forecast inflation would spike, making imported goods would be more expensive, due to the weak pound, and the Bank of England would be reluctant to raise interest rates.

Citi and Goldman Sachs have also added to the Brexit braying, warning of dire consequences if the UK votes to leave.

Back in November of last year analysts at Morgan Stanley put the chance of a vote to leave at 35 per cent probability – warning the decision would expose the country to a "referendum shock" and a "flirt with recession".