Forget holiday reading: grab a tablet and while away your days on the beach with these top new mobile games.

This first-person horror adventure takes a heap of genre cliches – creepy asylum, children laughing, creaking floorboards – and uses them to chilling effect. You play a policeman doing a final sweep of a disused insane asylum before it’s razed to the ground. Because that’s likely to end well, right? The console-esque graphics are impressive, and the gameplay, while rather limited, is both tense and rewarding. If you enjoyed last year’s Outlast, from which this title borrows heavily, you’re sure to get along just fine with Lost Within.

This retro-styled point and click game will be familiar to anyone who grew up in the days of Sam & Max and Monkey Island. It sees your Green Team stranded on an alien planet, where you must gather and combine items to help your cause. It’s the storyline rather than the gameplay that will keep you hooked: the narrative-driven title places an emphasis on exploration, which is a joy given the beautifully rendered world in which you find yourself. It’s smart, funny, often irreverent; perfect for long afternoons by the pool.

YOU MUST BUILD A BOAT

While You Must Build a Boat doesn’t revolutionise the tile-matching puzzle game, it certainly kicks the genre up a notch by adding fun extras like pirates, zombies and, of course, boats. A sequel to 2012’s 10,000,000, it takes the same simple concept – match three icons to make your pixel-guy go on a dungeon run – but expands the world so you’re actually sailing between dungeons in a boat, forging swords and battling monsters along the way. Each completed quest results in a boat upgrade so the more you play, the more you build a boat. Did we mention you get a boat?

Full motion video may have started out as a way to make games more like movies, but Her Story uses the form to make a game feel like real detective work. Actress Viva Seifert stars in a series of police interviews about her missing husband and your job is to solve the case by using clues she drops in the videos to search an old crime database. The non-linear narrative and scratchy 90s VHS quality only add to the true crime charm, making this the most challenging cultural pick for would-be sleuths since Serial.

If you’re a fan of the first-person puzzle games Portal and also, incidentally, a fan of pinball machines then all your dreams have just come true; a collaboration between developers Zen and Valve has resulted in a marvellous amalgamation of the two. It sees the return of gun-toting Chell, who runs around a gigantic pinball machine completing missions. Better yet, Stephen Merchant’s Wheatley returns to egg her on while passive-aggressive superbot Glado quips from the sidelines. Don’t believe anything she says, the cake is a lie. 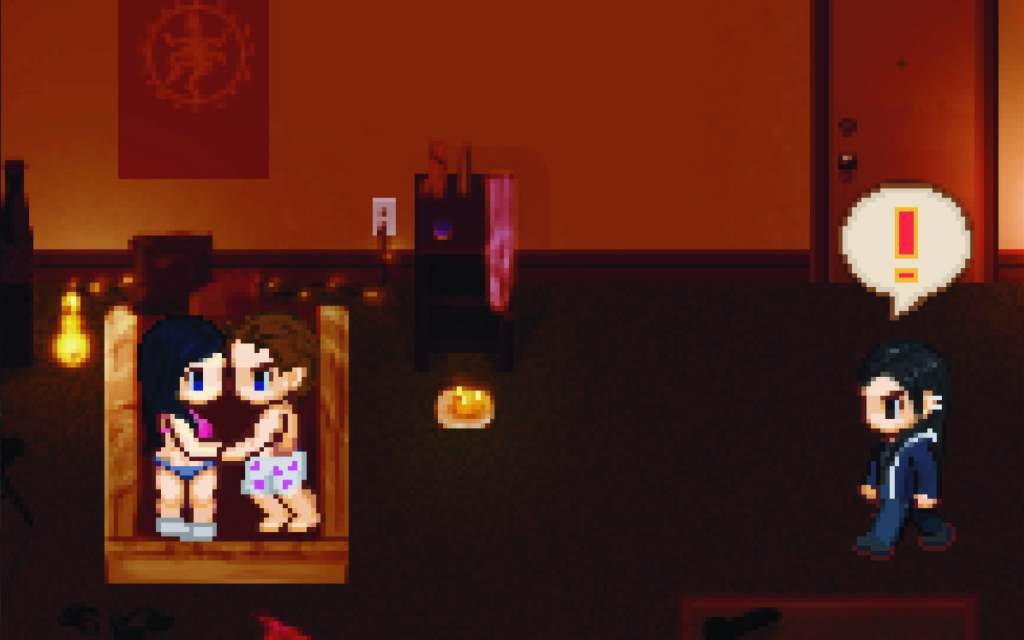 While most games are largely focused on wish fulfilment, Always Sometimes Monsters is about drudgery and hardship, the mini highs and lows of real life. You’re broke: find a job. Pay the rent. Should you accept that bribe at work? Your relationship recently went south – maybe you should try to fix that. While this may sound terribly dull, it’s actually a neat, engaging exploration of modern morals and modern life. The forward-looking nature of the game is at odds with its distinctly retro appearance.

THIS WAR OF MINE

A bleak and often terrifying voyage into human nature at its worst, This War of Mine does justice to the grim reality of military conflict. You control a small group of civilians as war rumbles around them. Surviving means scavenging and looting in the ruined city, creeping around beneath the radar and negotiating with soldiers and militiamen who are liable to turn on you in a second. With slick controls and atmospheric design, it’s a brilliantly conceived and executed game with a serious message.

Vainglory is one of the finest MOBA (translation: “multiplayer online battle arena”) games on the market. Though it’s now available on mobile, it’s best experienced on tablet, where you can really immerse yourself in its gorgeous world. Outwit real life adversaries to destroy the Vain crystal and claim glory, all in super-sharp, ultra-high fidelity graphics. This is one pretty game (it was one of ten Apple Design Award recipients in 2015 ), and it’s got the controls to match, with many reviewers  waxing lyrical about its responsiveness and precision.