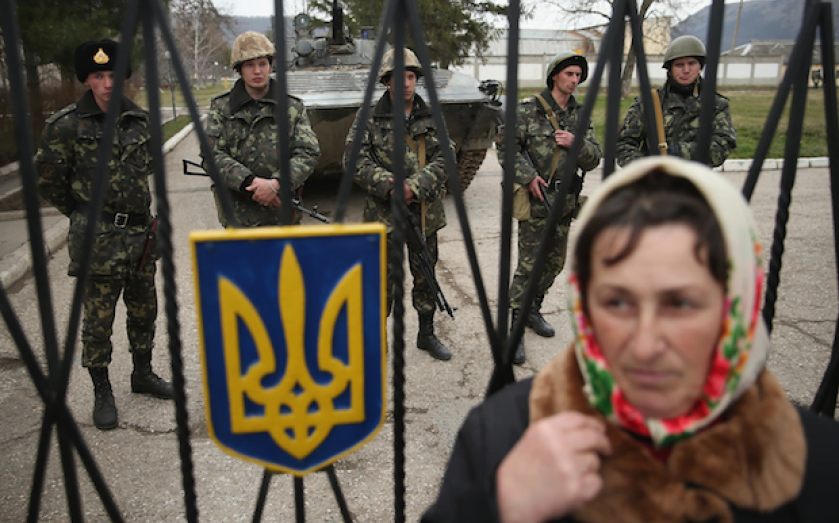 Russia's incursion into Crimea has so far been justified on the grounds of protecting those citizens of Russian descent and Russian speakers.

On Monday, Russian foreign minister Sergey Lavrov, at UN meetings in Geneva, said "this is a question of defending our citizens and compatriots, ensuring human rights, especially the right to life."

However, these claims are hotly disputed by those who look to Russia's human rights record regarding its citizens closer to home.

"Russian troops are not protecting Russians in Crimea, they are protecting Putin’s regime from the dissenting citizens at home, in the Russian Federation," says Young Voices advocate Maria Semykoz.

"While claiming to be so strongly concerned about human rights of Russians in Crimea to deploy the military to the peninsula, the Russian regime is arresting hundreds of Russian citizens gathering for a peaceful demonstration in Moscow and St. Petersburg," she added.

According to the 2001 Ukrainian census, 58.5 per cent of Crimean's were ethnic Russians. There has been a growing fear amongst the international community that Russia is preparing to seize parts of eastern Ukraine, specifically the Donetsk region, where pro-Russian sentiments are reportedly strong.

Earlier in the week, local authorities in the Donetsk area called for a referendum on the region's status, a move Kiev said was illegal. Pro-Russian demonstrators have been making their presence felt throughout the Crimea and other parts of the country.

However, claims of a pro-Russian majority in swathes of eastern Ukraine willing to swap their current citizenship for that of the Russian Federation may well have been exaggerated.

In the Donetsk region, just 33 per cent supported joining the Russian Federation and the numbers are even smaller in other parts of the country. In Ukraine as a whole only 13 per cent said they wanted unification with Putin's Russia.

It is not just Ukrainians who are sceptical of unification. The survey found that just 16 per cent of Russians wanted unification with Ukraine.

The survey also found a generational difference in the respondents, with older ones tending to favour unification with Russia and younger Ukrainians more sceptical.

So far there has not been an outbreak of hostilities but Russia's presence in the region may be encouraging the very aspects of the Ukrainian political spectrum the country claims to be protecting itself against.

Ukraine is at a severe military disadvantage compared to its neighbour, with less than 130,000 troops and few aircraft, according to the International Institute of Strategic Studies.