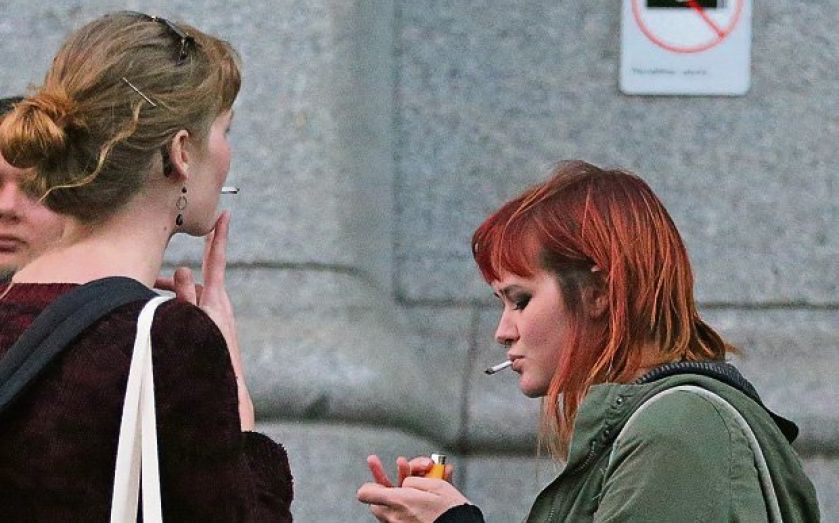 Prime Minister David Cameron is facing a bruising from his own party over proposals to have cigarettes sold in plain, unbranded, packaging, with a senior Tory MP telling City A.M. that “half the parliamentary party” could be against it.

Several Conservative backbenchers were fuming at the proposals yesterday, put forward in a surprise announcement by public health minister Jane Ellison on Wednesday evening. She said Parliament will vote on the subject before May’s election.

Many of those who oppose the idea believe it reflects an increasingly nannying state, and flies against evidence from Australia where critics say the move has failed. Opponents have also said that it will make it easier to forge cigarette packaging for black-market sellers.

Tory MP Philip Davies said he was against the proposals “on every possible level,” condemning them as “the nanny state going completely mad” and “a counterfeiter’s dream”, before confirming he would be voting against the measure. A source in Westminster indicated to City A.M. that even Conservative ministers may be prepared to vote against the measures.

Conservative MP  Dame Angela Watkinson declared in the Commons on Wednesday night: “It will not work and I oppose it.”

Another Conservative, Christopher Chope MP, said that the proposals were “very disappointing” and “the wrong decision”, which “does not reflect the evidence.”

The City’s own MP, Conservative Mark Field, said “it’s quite clear the party is divided on this”, and that he “will be voting against plain packaging. Half the parliamentary party’s instincts are to vote against this.”

Davies added: “There’s going to be a huge row in the parliamentary party. I think the Prime Minister must have taken leave of his senses.”

A Conservative spokesman said: “We believe that plain packaging is a proportionate and justified response to the considerable public health harm from smoking tobacco.”