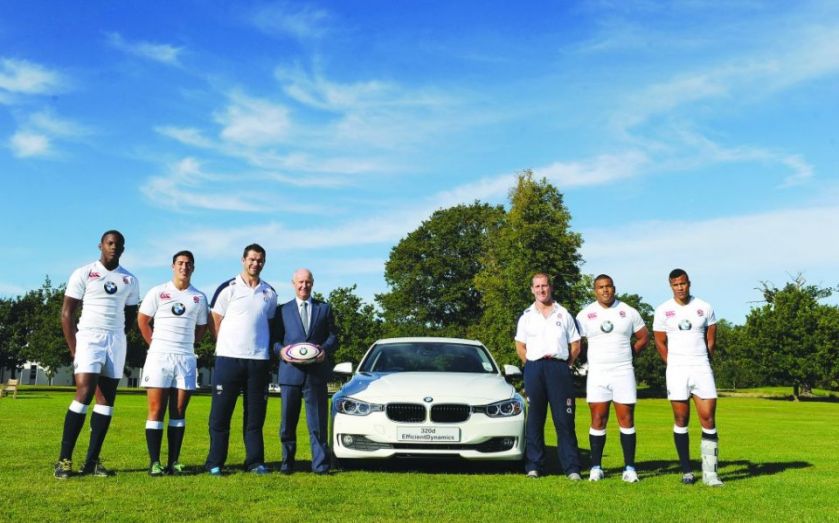 Before April finally gives way to May, let us take you back to the start of the month, and the avalanche of sometimes extremely entertaining, sometimes immeasurably unamusing April Fools that organisations feel duty bound to overwhelm us with to show how cutting edge or just plain “one of us” they are.

BMW did one. And it was ludicrously clever, because it was either so very-BMW or not depending on your take on the company. Using car safety technology to create the ultimate rugby gum shield, all developed from BMW door seals. You’re nodding aren’t you. “Yes, I can see the logic in that.”

Chris Robshaw, the England captain, said he “bit BMW’s hand off” to get hold of it. Geddit? It wouldn’t only aid player protection during the match but would also “protect our smiles for the post-match press conferences.” That’s when you started smelling the tiniest of rats. You wanted it to be true, but sadly, it was just another clever way of maximising their involvement as official partners of the England team, as is the BMW Sweet Chariot Roadshow which is travelling round the country recruiting a choir of 15 players to sing at the warm-up internationals this year before the World Cup. Inventive ideas and maximum activation through social media and the like – that’s the way to get the most out of sponsorship these days. The response to the Robshaw gum shield from rugby supporters was phenomenal.

BMW’s involvement with golf and motor sport stretches back across decades, but it was only after the London Olympics of 2012, when looking for the most relevant sporting platform to invest in, that the company homed in on rugby union, a sport that has traditionally had a strong synergy with golf in particular.

“A demographic bullseye” is how Peter Walker, sports marketing manager of BMW UK, puts it. A rugby fan, but not a fanatic, is how Walker assesses his own emotional attachment to the sport, which is why he is able to take a detached view as to the success of the relationship. “We needed something to involve ourselves in during the winter, as our other sporting links are mostly summer-based. We have one British national on the main board of BMW, but he is hugely passionate about rugby and he made a very compelling case.

“I’m sure for a predominantly German firm, there were a few raised eyebrows, but our partnership now extends to national federations in France, South Africa and Australia, so we’re obviously very serious about it.” That commitment involves the creation of the BMW Performance Academy in England which is designed to help promising young players on the pathway to national representation. Some names who have come through the age grade pathway to date include Jack Nowell, Matt Kvesic, Henry Slade and Anthony Watson.

For all sponsors, trying to measure the success of a partnership is always the holy grail, but it’s perhaps less straightforward with such a luxury item as a BMW.

“Buying a car is not an impulse decision” says Walker, “so we have to use the link with the sport to build long-term relationships that may ultimately lead to sales.”

The company has 150 retailers around the country and more than 100 now have tie-ins with local rugby clubs to encourage awareness and greater involvement in the run-up to the World Cup. BMW is clearly in for the long-haul as far as rugby is concerned.

Meanwhile fans are already looking forward to BMW’s April Fool of 2016. How about using the best automotive technology (airbags?) to invent a scrum that won’t collapse.

Now that would be the ultimate link between sport and sponsors.