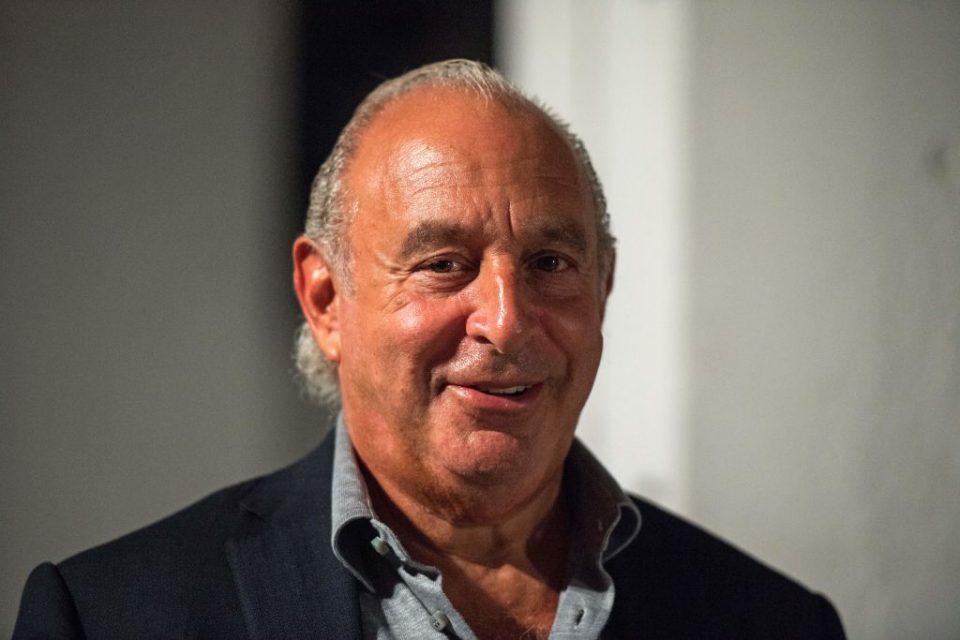 SIR PHILIP Green squeezed through a controversial rescue plan this evening as his fashion empire came back from the brink of administration by winning a crunch vote.

Creditors passed a series of votes that will give the embattled Topshop tycoon breathing space to embark on a major cost-cutting overhaul of his high street business Arcadia.

Fears the retail giant would lose the vote and collapse into administration, sparking as many as 17,000 job losses, emerged after one of its largest creditors, shopping centre owner Intu, said it would vote against today’s proposals.

However, it is understood that other key landlords including Land Securities voted in favour of the CVAs, giving Arcadia enough support to press ahead with 23 outright closures and rent reductions of up to 70 per cent at nearly 200 stores.

In a bid to woo over landlords, Green’s wife and Arcadia’s majority shareholder, Tina, made a last-minute pledge to invest a further £50m of equity into the group, in addition to the £50m of funding already provided in March.

Arcadia boss Ian Grabiner said he was “confident about the future of Arcadia”, which includes brands such as Topshop and Dorothy Perkins.

“From today, with the right structure in place to reduce our cost base and create a stable financial platform for the group, we can execute our business turnaround plan to drive growth,” he added.

Today’s vote required 75 per cent approval from its creditors, which included landlords, councils and suppliers, in order to trigger the agreement, but Arcadia did not say the margin by which the vote had passed.

“It’s the best news I’ve had all year”, Oliver Buhus, a supplier at this afternoon’s meeting who had backed the CVA, told City A.M.

Read more: Landlords pick a fight with the CVA

The decision comes just a week after Green postponed the initial creditor vote, as he sought to shore up more support from landlords.

A spokesperson for Intu said today” “Our rationale for this vote is clear: we firmly believe that the terms of the Arcadia CVA are unfair to our full rent paying tenants and not in the interests of any of our other stakeholders, including intu shareholders and the 130,000 people whose jobs rely on the success of our prime shopping centres.While we are disappointed with the outcome of today’s vote, we will work constructively with Arcadia to achieve the best outcome for both sides.”

Richard Lim, chief executive of Retail Economics, said: “Arcadia’s CVA is a positive move for now, but this in no way ensures a successful turnaround of the business. There’s still a huge battle ahead.

“It’s not just fewer stores that are needed to ensure Arcadia’s long-term survival. It ultimately needs a leaner business model, including less staff and fewer brands, as well as investment into its identity and customer experience to fend off online and value retailers.”

Arcadia’s CVAs come after a slew of similar rescue attempts from fellow troubled retailer in the last year, many of which have struggled on the high street amid rising costs and increased competition from online rivals.

Green, who was not present at today’s meeting, has also faced pressure in his personal life over the last 12 months, following a series of harassment allegations which the under-fire mogul denies.