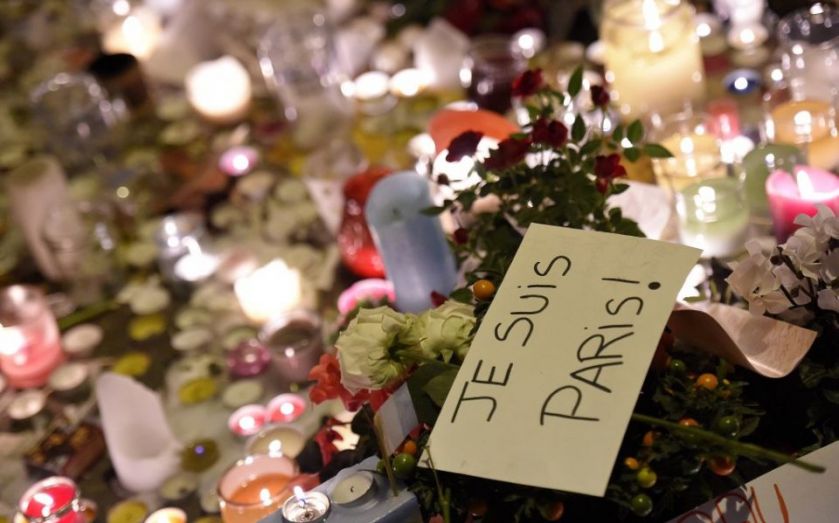 It was Friday night in the unimaginably beautiful city of Paris. People were doing all the things that make the place magical: lingering in cafes, going to football matches, attending rock concerts, walking down the broad, beautiful boulevards that intersect the city, tying it together as a living thing. And now they are all dead, probable victims of yet another spate of Isis murders. Before going on – as we absolutely must – in dealing with what has happened in a policy-centric way, it is vital we acknowledge both their lost humanity and our own, howling at the moon for just a moment, decrying the horrendous and unnecessary loss, and pledging to do right by all those who are unaccountably no longer with us.
But if we are to do right by their memory – to do good, rather than merely feeling good – we must leave our grief at the door, and instead destroy the terrorists the best way we can, by denying them the narrative they so want to come out of their night of savagery.
The facts, as far as we know them, are these. At least 129 people have been killed and 350 injured in Paris as a result of seven closely coordinated attacks across the city. At least seven terrorists died in the operation, with the possibility remaining that others are still at liberty. The attack was coolly carried out, with reports coming from the Bataclan concert hall that the terrorists had time to reload their weapons at least three times in the process of slaying their victims.
French President Francois Hollande immediately declared a state of emergency – the first in France as a whole since the troubled days of 1958 – and imposed border controls, promising a “merciless response to the Isis barbarians”, who he named as the instigators of the savagery. In response, Isis released a video, calling on its supporters to carry out further attacks in France.
The attack exposes all the present weak points of French society. A report issued by the French secret services estimates that at least 200 French jihadis, who have spent time with Isis, have since returned to the country. France’s inability to integrate its large Muslim minority into the country’s mainstream – it comprises a full 7.5 per cent of the population – makes it a fertile terrorist recruitment ground.
If France’s societal divisions make it vulnerable to both attacks and terrorist recruitment, its long-held, muscular leadership in combating radicalism also makes it a likely target. Be the issue Mali, al-Qaeda in North Africa, or Isis, France has forthrightly taken a leading military role. Indeed, one of the terrorists reportedly shouted “This is for Syria” as he went about his murderous business. This amounts to a grim reminder that there will always be a price to be paid in standing up to terrorists.
The next step in analytical understanding is to look at who benefits in terms of domestic French and European politics from the outrages in Paris. The simple answer is that the xenophobic Front National of Marine Le Pen is the specific immediate beneficiary, with those calling for drastic curbs on refugees coming to Europe also winning out.
Putting the above analysis together allows us a pretty clear read on what the terrorists want: France to do less in fighting Isis and jihadis throughout the world, the rise of xenophobic parties within France itself, and the strengthening of nationalistic European forces desiring to keep Syrian refugees out of Europe. Such a disastrous outcome would only widen the already mammoth cleavages between the Middle East and Europe, and would certainly add to the power of radical jihadists, who would have been given a wonderfully compelling narrative of a weak France, but one that is increasingly xenophobic and unwelcoming to refugees. This would amount to nothing less than a geopolitical calamity of the first order.
Instead, France and the West must bravely (and indeed following such a horrendous attack it does require bravery to keep calm and carry on) deny the terrorists the political gains they so fervently desire. France must march shoulder to shoulder with the rest of the West in combating Isis and al-Qaeda, while at the same time remaining a generous country, both in terms of European refugee flows in general and lessening divisions with its own restive Muslim minority in particular. A strong, generous France denies the terrorists the very thing they want. In honour of the many victims, that is the outcome that Paris must arrive at.