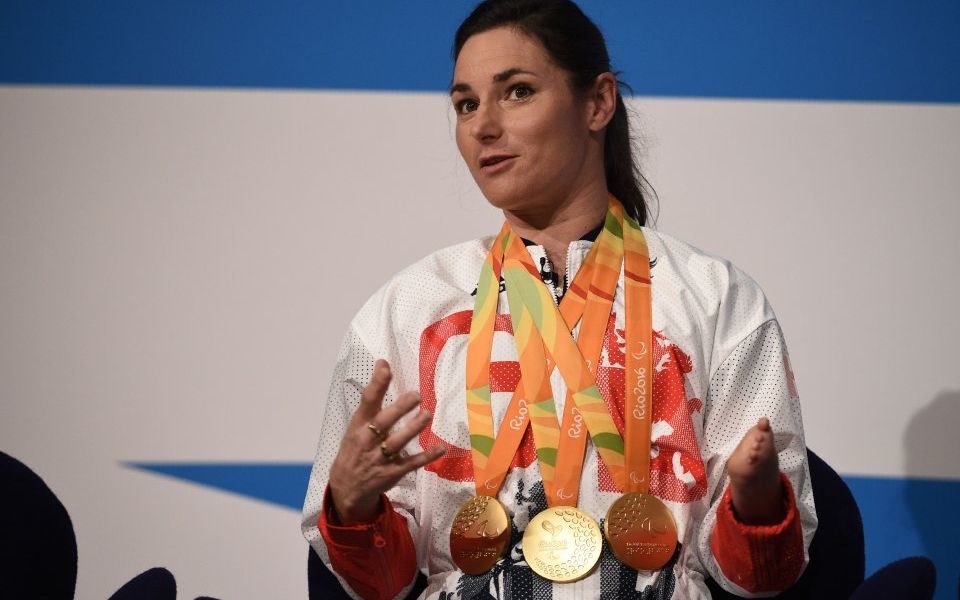 Disability sport is always fighting for something: more participants, more funding, more exposure. It’s been an ever-present, worthy battle – and one which has been making progress.

The Paralympic Games are the pinnacle of the movement; a visible global competition with a wide reach. But by their very nature the Games have a limited impact.

As with the Olympics, a four-year cycle means those watching, listening and enjoying only do so intermittently. Unlike the Olympics, its cousin doesn’t have as many opportunities during the gaps to attract eyes and ears.

That is why those governing disability sport are eager to maximise its airtime. One way to do so is to allow Paralympic stars the chance to compete on the same stage as their able-bodied colleagues.

Enter British Cycling, who in partnership with UK Sport, have organised a first, which on closer inspection really shouldn’t be a first.

In December para-cycling will feature at the Track Cycling World Cup at the Lee Valley VeloPark in London. The best from the Olympic and Paralympic worlds will compete over three days in front of a hopefully plentiful crowd.

If it sounds simple that’s because it is. But surprisingly this is a global first for the sport – and it’s taken some time to get to this point.

The 2018 Commonwealth Games in Australia saw around 300 para-athletes take part across 38 sports, but that was a relative drop in the ocean considering there were some 4,400 participants altogether.

For British Cycling that boiled down to just six of their 26 funded athletes competing, primarily in the sprint tandems. In contrast the Track Cycling World Cup will see every single classification, from C1 to C5, represented.

It’s a chance for Britain’s best to gain experience of competing in a large event and prepare under pressure ahead of the 2020 Paralympic Games in Tokyo.

Jon Pett, the head of para-cycling at British Cycling, also hopes December’s event can have a wider impact and act as a positive forerunner for equal opportunities.

“It’s really nice now to show that the two can exist in the same event,” he tells City A.M. “I’m not 100 per cent sure why it’s taken so long. I’ve been involved for four years and we’ve slowly grown the number of opportunities and races that have taken place, with UK Sport, the National Lottery, and with the major events team in British Cycling.

“It seems now is the right time to take that next step and push the boundaries a little bit more and look at how we can integrate. We’re seeing how that can work on the track and we’re looking at other ways on the road too.”

The hope is that with greater exposure names like Dame Sarah Storey, Jody Cundy and Neil Fachie can provide role models and inspire participation in cycling at any level ahead of the 2020 Olympics and Paralympics.

Surely that’s an idea other sports can latch onto too. Pett believes the will is there to move forward across the board, beyond just cycling.

“Athletics last year did some really positive work, albeit not a fully integrated event, but they have made steps forward: sharing the same stadium and using the exact same advertising,” he says.

“But for cycling to push that, have the two together, put them on the same stage and put it on TV is a real positive.

“I think other sports, where it’s possible, will look to do the same. Talking to colleagues in other fields I think it’s something people want to do, so it’s only the start of positive things to come.”