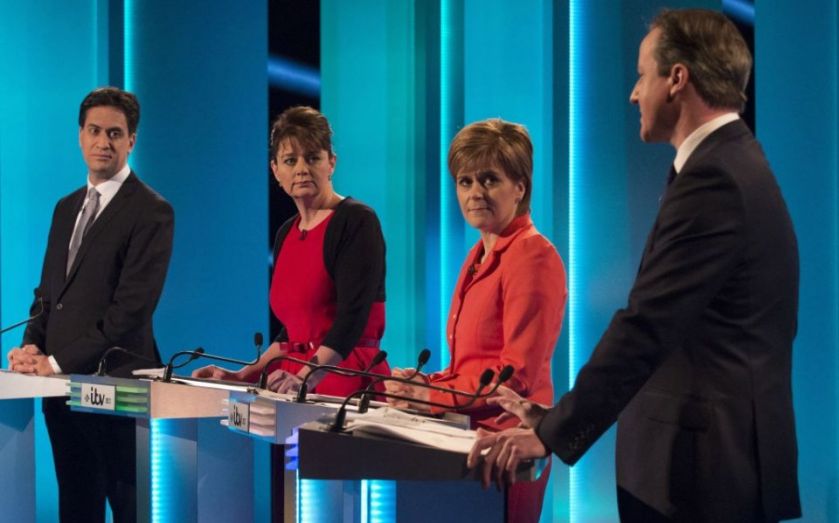 A close General Election leading to another coalition government is good for stock market investors, economists at Panmure Gordon said yesterday, defying the conventional wisdom that this would bring bad uncertainty.

In a boost to the Liberal Democrats, the analysis argues that both Labour and the Conservatives have policies which would damage the economy, while another coalition would moderate these.

“An inconclusive election requires the resultant government to build a consensus to get policy agreed. This should present a fair attraction to investors,” said Panmure Gordon’s senior economist Simon French.

“A workable majority for any party to pursue a withdrawal from the EU, radically reshape the tax code, tighten migration or introduce price controls across a range of markets carries with it much more risk. Investors favouring a conclusive election result should be careful what they wish for.”

French predicts the Conservatives will emerge as the party with the largest number of seats, and will govern as a minority party with parliamentary support from the Lib Dems, Ulster Unionists and Ukip.

By contrast, the economist does not expect Labour to strike a deal with the SNP for fear of harming its reputation in England and Wales.

He also believes investors should not be too worried about any government’s impact on the economy.

Despite their claims to steer the economy, the biggest variables – such as interest rates, demographics and the price of oil and other globally traded goods – are entirely outside of politicians’ control, limiting their ability to impact growth.