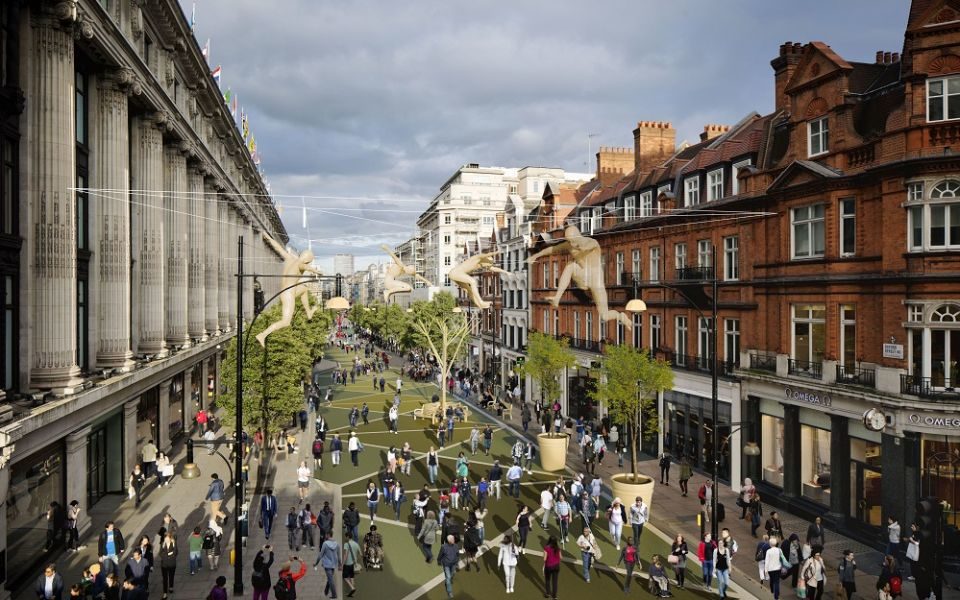 The mayor of London Sadiq Khan has hit out at the "betrayal of millions of Londoners" after Oxford Street pedestrianisation plans were shelved by Westminster City Council yesterday.

"This will be seen as a betrayal of the millions of Londoners and visitors to our city who would have benefited from making Oxford Street a safer, healthier and better environment," he said.

Khan hinted he wasn't going to walk away from the plans without a fight though, and that all the main mayoral candidates had backed the proposals at the last election.

Read more: Mayor says more pedestrianisation could be on the cards after Oxford Street

The project was a good example of two political parties putting politics aside, working together to improve our city for everyone.

This now poses a real threat to the future of Oxford Street, which could not be worse timed, coming on the same day House of Fraser announced they will be closing their Oxford Street store.

I won’t walk away from Oxford Street. It’s too important for our city.

It emerged yesterday that Westminster City Council had taken the proposals to create a traffic-free area in central London off the table "for good".

In response to the mayor's comments, Aiken said in a statement:

I utterly reject any suggestion that there is any kind of betrayal. Quite the contrary, we are sticking up for the people who know best, those who live and work in the district. It was clear through two public consultations and recent council elections that local people do not support the pedestrianisation proposals.

But doing nothing to improve the area is not an option either if we are to maximise the potential benefits from the opening of the Elizabeth Line.

The news that the House of Fraser will be closing their Oxford Street store only confirms our view that we all have to work harder to help the retail industry to grow and evolve, not simply stand still or just focus on traffic.

The idea was to create traffic-free space in central London in time for the full launch of Elizabeth Line services, with buses and black cabs among other forms of transport getting banished. East-west traffic was going to be restricted from entering Oxford Street between Orchard Street and Oxford Circus by December 2018.

The plans were drawn up to address air quality concerns, the high frequency of collisions – around 60 a year, and severe overcrowding during the busiest parts of the day. The introduction of the Elizabeth Line is expected to significantly increase visitor numbers in the area, according to Transport for London.

Read more: Oxford Street businesses are up in arms over planned pedestrianisation