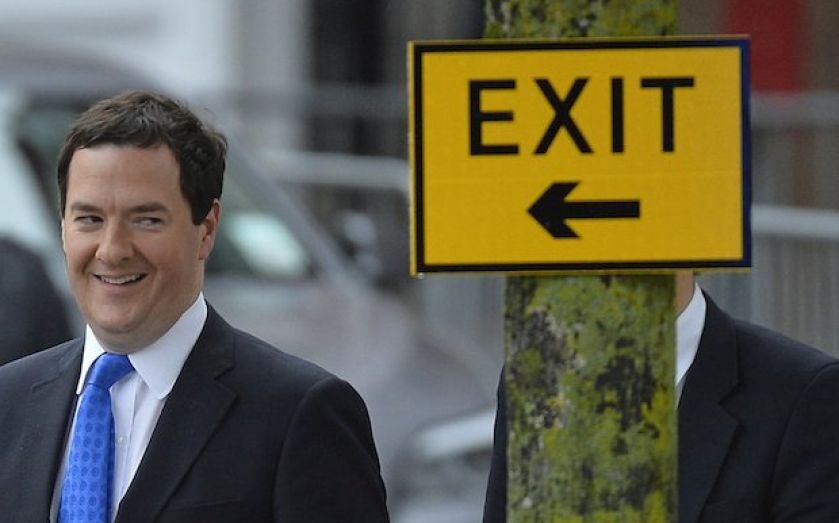 THE ECONOMY has rebounded strongly in 2013, surprising the pundits but vindicating “monetarist” optimism. George Osborne, among others, suggests that the economy “is turning the corner”, implying a return to “normality”. Normal, of course, is subjective, but to the average person it probably means an environment in which the economy grows steadily, inflation is contained, living standards rise, and the real interest rate on savings is positive. Such a scenario, sadly, still seems distant.

First, the good news. Solid economic growth will likely continue into 2014. This is suggested by strong money supply expansion in the summer of 2013 – monetary trends lead the economy by six months or so according to the monetarist rule. The “best” money measure for forecasting the economy is the narrow aggregate M1, comprising physical cash and instant-access bank deposits. M1 holdings of households and private non-financial firms rose by an annual 11 per cent in August – the fastest rate since 2004, when the economy was growing by 3 to 4 per cent per annum.

Upbeat news may be accompanied by a further fall in inflation. A second monetarist rule is that inflation trends reflect monetary developments two years earlier. This has worked well in 2013 – this year’s inflation fall matches a slowdown in monetary expansion in 2010 to 2011. Consumer price index inflation could fall to 2.5 per cent by early 2014 – below the Monetary Policy Committee’s (MPC) 2.9 per cent projection for the first quarter.

So why doubt that the economy is “normalising”? There are three reasons. First, inflation is likely to rebound later in 2014 and 2015, in lagged response to faster monetary expansion in 2012 to 2013. Depending on commodity price and currency moves, it could return to more than 3 per cent in the second half of next year. Market interest rates will probably rise in anticipation of this pick-up, in turn causing money supply growth to slow.

Secondly, the MPC should be acting now to head off inflationary risks by lessening the degree of monetary stimulus. Instead, it has locked itself into a straitjacket in the form of its convoluted forward guidance framework. By mid-2014, with inflation picking up and the unemployment rate at or close to its 7 per cent “threshold”, the MPC may be forced into belated – and significant – restraint. This would compound a market-led tightening and could lay the foundations for another downturn in 2015 to 2016.

A third reason for refusing to don the rose-tinted spectacles is the UK’s continued dismal productivity performance. The MPC expects output produced per hour worked to resume respectable growth as the economy revives, but the lesson of the last major productivity slowdown – in the 1970s – is that weakness can persist for years in the absence of policy change. Sluggish productivity implies that solid growth may run swiftly into capacity and inflation constraints, while real wages may continue to languish.

Osborne may be enjoying this economic boomlet, but the odds are that it will burn out before 2015 – partly because of the loose stance of his hand-picked monetary policy general.