Conservative party conference 2015: George Osborne’s tax credit reforms are flawed – and his party is beginning to realise it 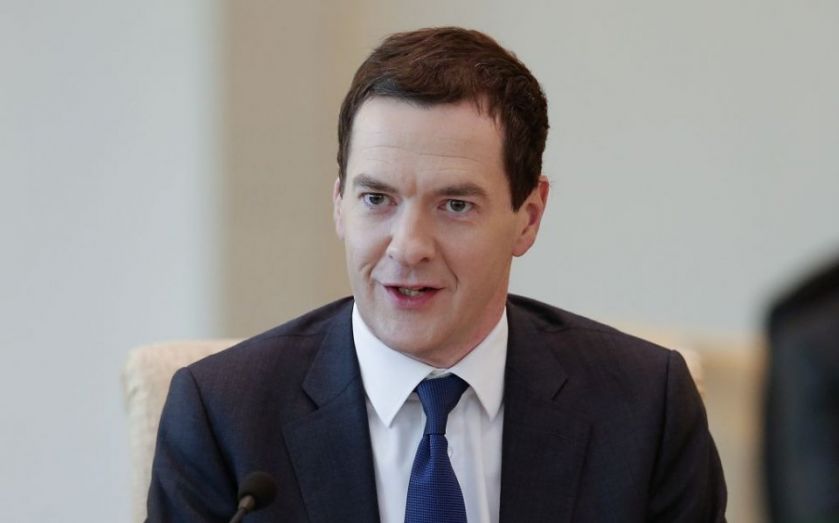 Having won a majority, and with Labour’s new leader polling worse than any in history, one might have expected a jubilant Conservative party conference. But scratch beneath the surface in Manchester, and there’s great concern about the recent Budget’s changes to tax credits.
With The Sun newspaper now campaigning against the cuts (having waxed lyrical about the Budget in its aftermath), one Tory MP told me that “some MPs are only just comprehending what they voted for”.
George Osborne’s Budget made a big pitch, the economic foundations of which were always weak. Having highlighted the unsustainability of the explosion of the tax credit bill under Labour to an annual £30bn and proposing cuts to it, the chancellor argued that his accompanying National Living Wage would help shift Britain from a “high welfare, low pay” economy to a “low welfare, high pay” economy.
In the days after Osborne announced this policy package, it was widely concluded this was “bad economics, but good politics”. Yet with a cross-party campaign now badgering him to water down the changes, and many of those “hardworking families” yet to feel a pinch in their pocket, some Conservatives feel this could be as damaging to them politically as the 10p tax band abolition was to Gordon Brown.
Read more: Have the Tories now won the centre ground?
The diagnosis of the need for tax credit reform by Osborne was irrefutable. The byzantine system introduced by Brown has come at colossal cost, ensnaring 4.6m households.
It’s unclear whether their aim is to be a wage supplement to encourage employment or else simply a handout to reduce poverty. Child tax credits, for example, have no work requirements, while other households receiving working tax credits work less than a full working week. As credits are withdrawn, the interaction with taxes creates severe disincentives to work more.
There was a case then for starting again, and moving to something closer to the (much cheaper) US earned income tax credit – a system with a clear aim of incentivising full-time employment, which enjoys bipartisan support. But instead, Osborne merely sought to save money within the existing framework.
Limiting eligibility for child tax credits to two children and abolishing the “family element” for new claimants was controversial. But the other cuts were more significant: the threshold above which tax credits are withdrawn was halved from its current £6,420 a year. And Osborne decreed that tax credits should be withdrawn more quickly.
The result of these changes overall are threefold: many families will be financially worse off (some by as much as £1,000 a year); the incentive for many to move into work has fallen, and so has the incentive to earn more, as marginal tax rates are now to be as high as 80 per cent. While it’s impossible to save money without taking from some, reform should at least have not damaged incentives in this way.
Read more: Why the Tories’ infrastructure plans won’t cut the mustard
Rather than engaging in genuine reform, the government took the route of blaming business for pay stinginess – decreeing a higher minimum wage for over 25s as its quid pro quo for credit cuts.
Those who pointed out many of the beneficiaries of minimum wage rises (second earners, younger workers etc) would be different people from those affected by tax credit changes were slammed as “defending state subsidies for employers” (despite scant empirical evidence for this claim) and for “opposing reform”.
This was always unfair. Tax credits could have been overhauled with the aim of incentivising full-time work, while ending the hand-out components. This would have still been tough politically, but it could have been justified and argued for. Instead, the government traded off damaging changes with big rhetoric on pay.
That can be popular for a time, but ultimately, policies only stay popular if they produce popular results. Due to the direct financial impact and incentive effects, many Conservatives are right to worry these changes won’t give popular results at all.