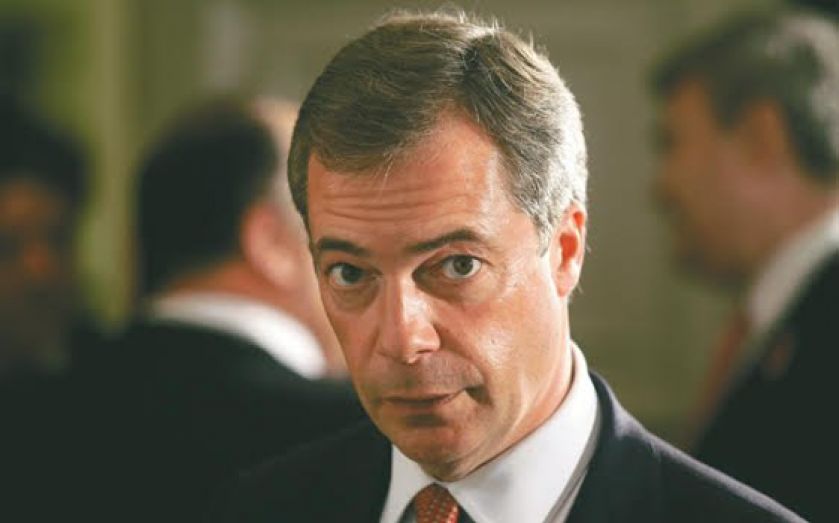 WHEN the clowns start talking politics, alarm bells should be ringing not just about the state of our democracy but also the prospects for our economy.

Russell Brand’s interventions may have faced ridicule, but it is worth reflecting on why such a blatant attention-seeker should be capturing the popular mood. After all, Brand’s book Revolution sold over 20,000 copies within ten days of its launch. His Newsnight interview has been viewed on YouTube almost 11m times.

Intense hostility to mainstream politics has been rumbling on for years. Recent research revealed that the proportion of those who believe politicians place the good of the country above their own interests has been falling consistently, from 36 per cent in the 1940s to 28 per cent in the 1970s to just 10 per cent today. For all that time, disaffection has simply festered, with voting and party activism being replaced by that ever-popular British past-time of ineffectual grumbling.

What Brand represents is a more outlandish example of a very significant shift that has occurred over the last eight weeks: this anti-Westminster mood finding its voice.

Ukip proved to the voters last month that it can win parliamentary seats with its stonking victory in Clacton. The party’s likely triumph in Rochester today will reinforce that perception.

In Scotland, the SNP’s membership has tripled since the referendum and recent polls suggest the nationalists could increase their share of parliamentary seats next year from six to over 50.

Even on the radical left there is movement, with membership of the Green Party leaping by 66 per cent this year and polls since the summer indicating rising support.

Such shenanigans may seem a million miles away from the sober world of business but, in fact, they are extremely close to home. This new fluidity in UK politics is allowing voices to be heard that are far from friendly to business.

On the populist left there is an increasingly loud anti-capitalist drumbeat. The unions, the greens and left wing commentators sense a chance to build on popular disaffection with Westminster to push the virtues of the big state over the free market.

And despite the fact that every single major business association has been critical of the current restrictive immigration regime as well as rising anti-EU sentiment, Ukip’s rise means that the next election will be dominated by some very loud voices expressing deep hostility to immigration and Europe.

But the more immediate threat to the UK’s economic prospects from our suddenly colourful political scene is the uncertainty it promotes. Populism, whether of right or left, is rarely serious about developing long-term commitments that create the conditions for sustained economic growth. Instead, it offers simplistic solutions to highly complex problems. When those solutions fail, populists seek to apportion blame and deepen their errors rather than rethink. One need only look to Italian history over the last few years to see what can happen to an economy when opportunistic populists take hold of power.

This is why the main parties’ panic response of aping the populists’ policies is so economically dangerous. It is also unnecessary.

The academic research is clear that the main driver of the rise in populism, as well as nationalism north of the border, is a widespread disgust with Westminster, and a desire to hold MPs to account and have more say over what they do in our name. For example, a Southampton University study found that, while 48 per cent of all voters believe politicians only look after themselves, this rises to 74 per cent for Ukip supporters.

If the main parties are serious about responding to these trends, then the more business-friendly response is also the more politically effective one from their point of view. It is to deepen our democracy. The main parties can save themselves and protect business by giving the voters a real say over what MPs do between elections. Reforms such as recall, requiring MPs to consult their constituents on the big issues, and independent audits of MPs’ performance would go a long way to address the fractious mood.

Undoubtedly, it would be a brave leader who faced down the inevitable objections from their MPs and committed their party to such reform. But such a leader could also justifiably claim to have saved the UK economy from a self-inflicted political wound just as we stagger slowly out of recession.

Adam Lent is director of the RSA’s Action and Research Centre. You can back the crowdfunding campaign for his book Small is Powerful: Why the era of big business, big government and big culture is over and pre-order a copy at http://unbound.co.uk/books/small-is-powerful @adamjlent