Once Upon A time In Hollywood review: Another classic from Quentin Tarantino 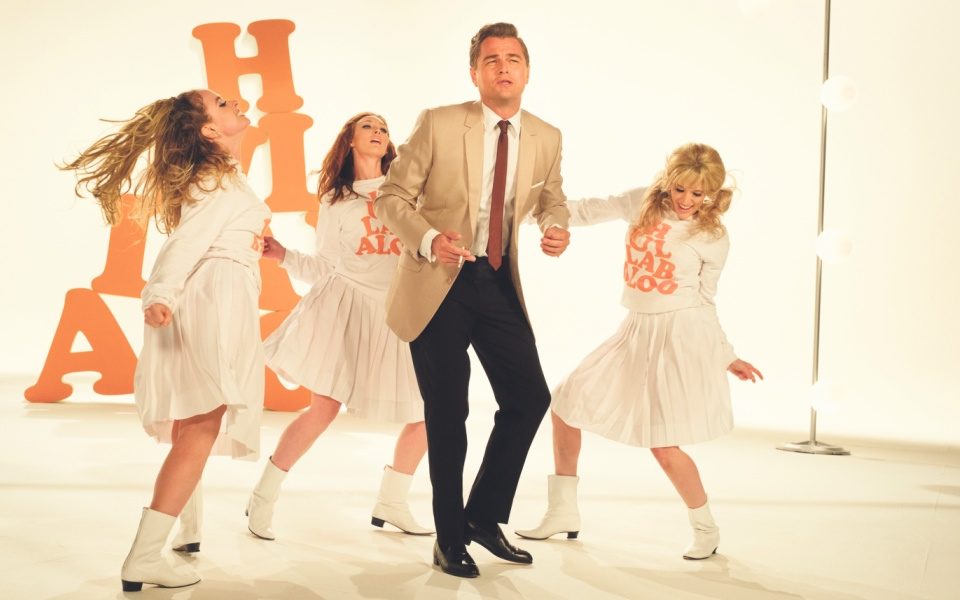 Even in a summer dominated by Disney, the 9th film from Quentin Tarantino demands attention. The promise of the Pulp Fiction director’s take on The Manson Family has resulted in the biggest opening weekend ever for a Tarantino film, giving a small flicker of hope to anyone who sees a cinematic future beyond remakes and superheroes.

The film is set in an alternative Hollywood in 1969, around the time that Charles Manson and his Family would begin their infamous crime spree. Leonardo DiCaprio stars as Rick Dalton, an alcoholic, insecure actor who was the star of a successful 50s cowboy show, but now finds his career faltering. He coasts on guest spots, driven around by his loyal stuntman/assistant Cliff Booth (Brad Pitt). A new job and a series of coincidences sees both men’s fates intertwined with that of Sharon Tate (Margot Robbie), a young movie star in the headlines for her relationship with Roman Polanski.

Tarantino has insisted he will retire from the big screen after ten films, potentially making this his penultimate work. He’s always divided opinion, but those who are fans of his grindhouse symphonies will be in heaven here. He brings to life a Hollywood that’s in flux, with the remnants of the old studio system slowly crumbling and the talent struggling to keep up with the times.

I’ve heard the movie referred to as ‘Tarantino’s Seinfeld’ – in other words a movie about nothing. And that’s true to some extent – there isn’t an overarching plot – but that’s not to say nothing happens. Like many Tarantino films, it’s really about spending time with the characters. The camera patiently observes as we are led into the Hollywood of Steve McQueen, Polanski, and Bruce Lee. The martial arts legend is portrayed in a rather unflattering light, although actor Mike Moh’s impression is strikingly accurate. By contrast, Damian Lewis doesn’t quite capture the essence of McQueen, although the appearance is a short one. There are also famous faces in smaller roles, such as Al Pacino as a talent agent; Kurt Russell as a henpecked stuntman; and Luke Perry in his final appearance as one of Dalton’s co-stars.

At the centre of it all is DiCaprio, proving himself to be one of the most versatile actors around. Last time he worked with the director he played vile slave owner Calvin Candie. Dalton is a different proposition altogether. Bloated and fragile, his lifetime of vices has resulted in persistent coughs and grunts; it’s a portrait of a man at the bottom of the showbiz barrel. And while the role could have been played for laughs, DiCaprio brings nuance and pathos.

Parallel to this is the story of Tate, played brilliantly by Robbie. Headlines were written about the fact the Suicide Squad actor doesn’t have many lines, but a lack of dialogue doesn’t mean a lack of importance (just ask the cast of last year’s A Quiet Place). Told visually, Robbie’s Tate provides a graceful juxtaposition to Dalton, showing a career just taking off rather than one winding down. She wanders wide-eyed into a cinema to watch herself in comedy The Wrecking Crew, barely containing her glee at the audience’s responses. The innocence of the way she’s portrayed is given a weight by the knowledge of what’s to come.

Pitt is the connective tissue, becoming embroiled in a tense confrontation with the Manson Family that will ultimately link Dalton and Tate’s fates in an ultra-violent finale. The veteran plays Cliff like an urban cowboy, tearing through the freeways when not required by his boss, getting into trouble and punching his way out of it.

The fourth star of the film only has one scene, but is a presence felt throughout. Charles Manson is an uneasy reminder that all these interweaving journeys will lead to something terrible. Just as you settle into the comedy, one of his clan – including Margaret Qualley as the precocious Pussycat, Lena Dunham as the creepily maternal Catherine Share, and Austin Butler as the sinister Tex – pops up to let you know things may not end well.

Once Upon A Time In Hollywood is Tarantino’s love letter to the town he grew up in, and the shady characters that formed its population. Gloriously grimy, it’s a masterpiece of nostalgia, allowing his audience to inhabit a world of low-lives and cults. A 161 minute, adult-focused summer film is as rare as hen’s teeth in modern Hollywood, and as the filmmaker’s career reaches its final chapters, we may eventually look at this as one of the last examples of a risky, big budget movie. For now, let’s enjoy the stylish bedlam; make sure you stick around for the in-joke riddled credits.