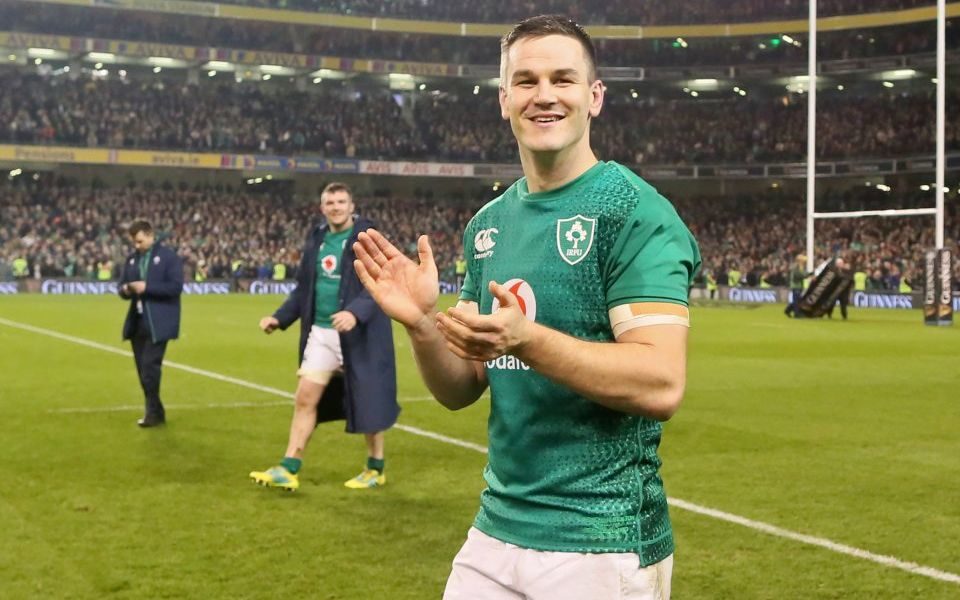 The autumn internationals came to their conclusion last weekend and what stood out for me was just how strong the northern hemisphere sides are at the moment.

Ireland and Wales won all four of their matches, England claimed three out of four – losing the other by one point to New Zealand – while Scotland claimed two victories.

The month was billed as a pointer for the World Cup and the signs were certainly encouraging for the four Home Nations.

England came into the fixtures under pressure and somewhat fortuitously Eddie Jones has unearthed some gems which have added to his squad depth.

Sam Underhill was outstanding in the back row and alongside Tom Curry provides stern competition at No7. Mark Wilson played out of his skin and his versatility is a huge plus point.

Before the matches there were a lot of people worried about the props but Kyle Sinckler was exceptional and Ben Moon was solid too.

Joe Cokanasiga made good on his promise, scoring a try in each of the last two games, and I think he now is in contention for a regular starting place on the wing. He is so dangerous and adds an extra dimension for England.

But the most valuable facet for me was Owen Farrell’s move to fly-half. He is England’s best No10 and his combination with Henry Slade offers so much variety.

The only problem might be an over-reliance on Farrell. The difference between when he’s on the pitch and in the stands is marked and that needs to be addressed.

But England have blooded plenty of new faces and the exciting thing is that they have Anthony Watson, Jonathan Joseph and the Vunipola brothers to add to the mix.

From a Welsh perspective Gareth Anscombe’s performances at fly-half were a big positive.

The Cardiff Blues man liberated their back line, unlocking defences before the man he ousted, Dan Biggar, came off the bench to see matches out in the closing stages. It looks an ideal combination which plays to both of their strengths.

Undoubtedly the biggest winners were Ireland though. Joe Schmidt’s side beat the All Blacks at home for the first time and proved they can play without players of the stature of Conor Murray, Sean O’Brien and Robbie Henshaw.

Rob Kearney showed his class too. He’s so secure under a high ball and Ireland need to wrap him up in cotton wool, because I think they can win next year’s World Cup.

The World Rugby Awards don’t lie: Ireland won best team, Schmidt best coach and Johnny Sexton best player. Schmidt might not want the tag, but they are the team to beat.

The strength of the northern hemisphere sides bodes well for an enthralling Six Nations, which starts on 1 February and will be perfect preparation for the World Cup.

It promises to be an epic clash, with Ireland, Wales and England – second, third and fourth in the world rankings respectively – all on the up.

England face Ireland away first up and also play Wales on the road. If they can win those fixtures then the dream of lifting the World Cup might not be so far off.

Ollie Phillips is a former England Sevens captain and now a director within the real estate and construction team at PwC. Follow Ollie on Twitter and on LinkedIn