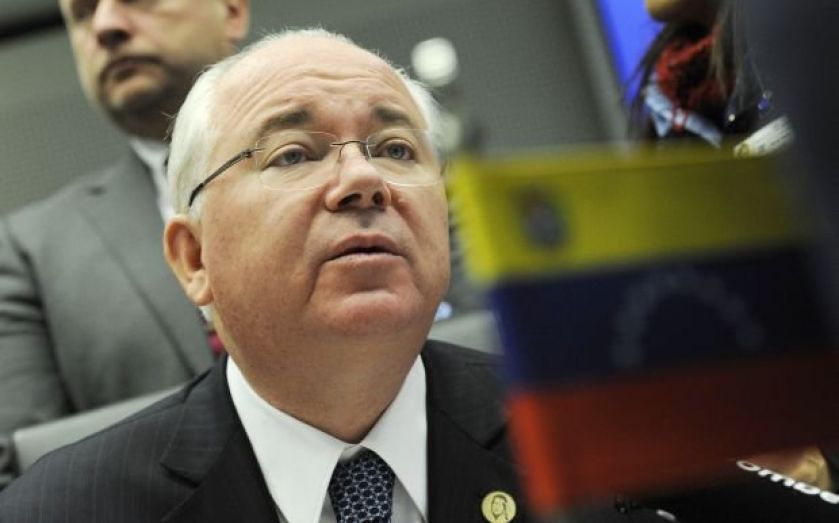 “Paranoia is knowing all the facts.” – Woody Allen

Venezuelan foreign minister Rafael Ramirez certainly believes in my Saudi oil conspiracy theory. With his horribly-run country requiring a break-even oil price of at least $121 per barrel to balance its budget, and with the global price of crude already down 30 per cent since July 2014 into the upper $70 range, at its meeting in Vienna last week Ramirez sensibly called for a significant Opec production cut of up to 1.5m barrels per day in order to boost prices. However, the Saudis, in particular their laconic oil minister Ali al-Naimi, put an end to such dreams.

Saying little but meaning a lot, al-Naimi unhelpfully stated that the oil price will “stabilise itself eventually”. Hearing that the swing producer in Opec would not be riding to his country’s economic rescue, Ramirez dramatically stalked from the Vienna meeting. Iran’s powerful oil minister Bijan Zanganeh more diplomatically noted that the meeting’s outcome – to keep the cartel’s output at 30m barrels a day – was not what he wanted. This was unsurprising, given that Tehran’s break-even oil price is an astronomical $133 a barrel, according to Goldman Sachs.

So at the most important Opec meeting in a generation, the Saudis – as ever – emerged the diplomatic victors. The price of Brent crude immediately slid in the US to $71.25, a five year low. More importantly, the analyst consensus is that, given this “surprise” move not to cut production, the price may well crater toward $60 a barrel, with little to arrest the downward momentum. In other words, my theory – that the Saudis would press Opec to leave production as it is, despite the tumble in price – has been proven exactly on the money.

The source of Saudi motivations for such a – on its surface – strange gambit can be one of only two things, both centrally involving the petro-kingdom’s relationship with the United States. In the first scenario, “the John D Rockefeller ploy”, Riyadh is looking at the US as an enemy and rival. This does stand to reason, as US oil production has shot through the roof, increasing by 80 per cent since 2008, due almost entirely to the shale revolution.

In this scenario, the Saudis, whose price of extracting oil is exceedingly low, simply follow the American oil tycoon’s playbook and, like Rockefeller, continue to pump at a lower rate of profit, in order to destroy up-and-coming competition. The Saudis know that what is hurting Riyadh is absolutely killing Texas and North Dakota. That is because the median break-even price for US shale oil is $60 a barrel; add in a $10 risk premium and $70 is where shale gets dicey. By simply – and artfully – doing nothing, Riyadh may be nobbling its American oil competitor.

But there is another explanation – let’s call it the Oliver Stone scenario – where the Saudis and the Americans are not rivals but geostrategic conspirators, secretly using the declining oil price to threaten common foes Iran and Russia. For Moscow, like Tehran, has a high break-even oil price, in Russia’s case $101 a barrel. Russian finance minister Anton Siluanov recently and forthrightly stated that Russia has lost a staggering $100bn in revenues this year due to the falling price of crude.

And, to put it mildly, both the Saudis and the Americans have a grudge against President Putin. For Washington, it’s due to him besting them in Crimea and eastern Ukraine; for the Sunni-championing Saudis, it’s his support for Shia rivals Hezbollah, Iran, and the murderous President Assad of Syria. Given this newfound economic peril, Putin’s stratospheric popularity ratings will soon be a thing of the past, and the wolves will circle.

As for Iran, the Saudis will do almost anything to mangle their traditional Persian Gulf foes. For the Americans the rationale is different. Increased economic pressure on Iran through the oil price is about the only hope there is that, over the coming months, Tehran will modify its negotiating position on the nuclear crisis, coming to a make or break accord with the Obama administration by mid-2015. The decision to keep pumping could well amount to a Saudi-American offensive against their common foes.

The canary in the coal mine – the key indicator as to whether the Saudis are engaging in the Rockefeller or Oliver Stone strategy – will be America’s reaction to the Opec meeting. If Washington metaphorically storms out of the room like minister Ramirez, bet on Rockefeller; if there is an eloquent silence, bet on Oliver Stone. Whatever the case, my conspiracy theory is beyond doubt; the Saudis are playing the oil card.