Office Christmas party etiquette: One in four UK employees have vowed to drink less this year for fear of embarrassing themselves or flirting with a colleague 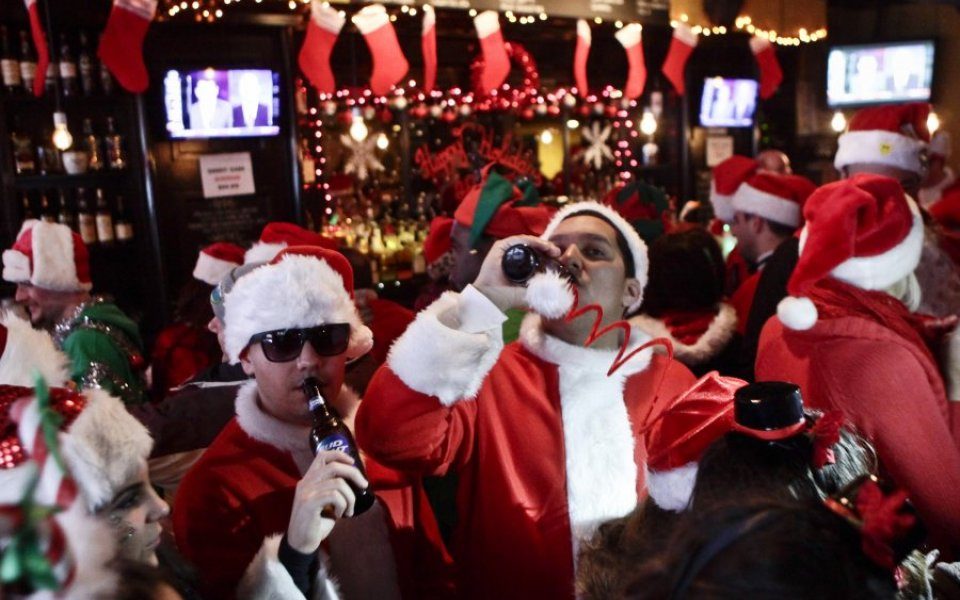 Deck the halls and so forth, the Christmas season is upon us, and that can only mean one thing: the City is gearing up for this year’s office Christmas bashes and (for some) the crippling shame that follows them.

The office Christmas party is inevitably a messy affair, and it seems UK employees are worried about the embarrassing effects a heady combination of festive cheer and overindulging on egg nog will have on them.

So worried, in fact, that according to a fresh survey from reputation management firm Igniyte, one in four have vowed to cut back on drink this year, to avoid any alcohol-related pitfalls.

And perhaps this isn’t an altogether bad idea, considering the other responses to the survey.

Close to one in in three employees say they’ve taken the opportunity to flirt with a colleague at their office Christmas party in the past, and over one in four have gone one step further to actually kiss a coworker at the office bash.

Worse, one in four say something inappropriate they come to regret under the cold hungover light of day, and eight per cent have done something so bad at a Christmas party that they were actually fired for it (sadly, no, we don't have any details).

It won’t surprise you, perhaps, that many are left feeling unwell the next day. But in fact, some feel the after-effects of the party so much they never make it in to work at all. A full one in 10 employees have admitted they’ve at one point drunk so much at their Christmas party that they had to pull a sickie the next day (we can only imagine how well that went over).

And despite promises that this year we’ll all be on our best behaviour, a few clear-eyed realists are already seeing through these best intentions, as a fifth of those polled are already fully expecting that they will do or say something embarrassing come party day.