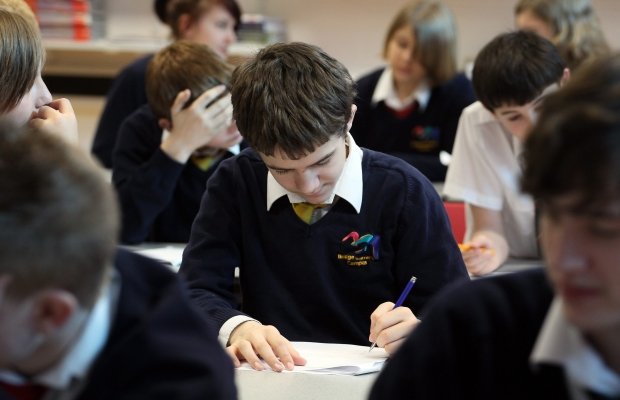 We're throwing money at schools in the UK, and not getting much bang for that buck, is the alarming message from the OECD's 2012 Programme for International Student Assessment (PISA) report.

Our schools are ranked just 26th for maths, 23rd for reading and 21st for science – out of 34 OECD countries.

That's damning for the previous government – the education policies of which are reflected in these findings. Under New Labour spending on education soared.

The OECD says that despite that, and other factors (we have a higher level of students going into higher education and a lower share of socio-economically deprived groups than other countries) "these comparative advantages do not have a clear relationship with educational outcomes."

Many countries manage to spend less and get more – the Slovak Republic spends around $53,000 per student, and performs at the same level as the US more than twice as much – $115,000 per student. The highest performing OECD country in maths is Korea – which spends well below the average.

UK education doesn't need more cash. It needs a rethink. Red tape, bureaucrats and a burning desire to "innovate" – without necessarily knowing what it is that's being innovated – pile up on parental choice and child aspiration.

Yesterday education and childcare minister Liz Truss spoke in defence of the textbook. Just 10 per cent of 10 year olds are taught with them in the UK, whilst in Sweden it's 89 per cent, Korea 88 per cent, Hong Kong 87 per cent and Germany 86 per cent.

Textbook use – i.e. an (updated) core knowledge base and point of reference – does not necessarily equate to excelling children. Nor are PISA tests the be all and end all when it comes to measuring children's success. But what we learn from countries that acknowledge convenient and tried and tested methods is that innovation can be built on what's already there, rather than by pumping cash into half-baked ideas.