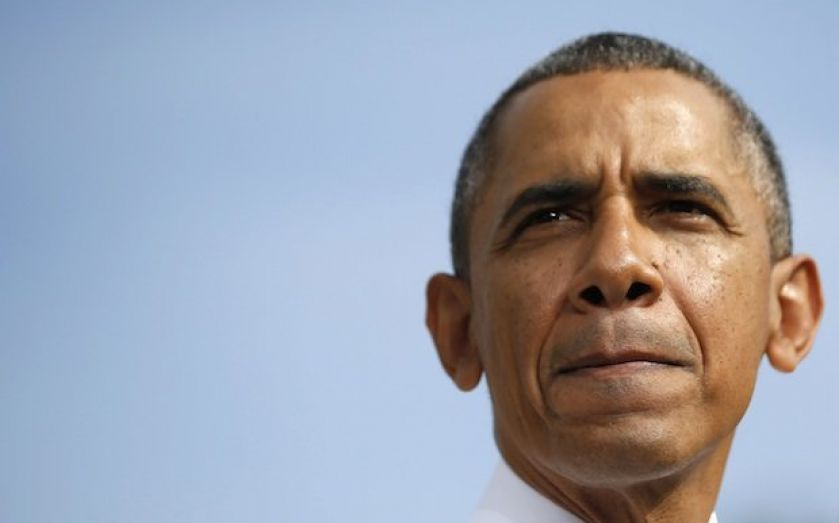 WHILE all eyes are on the horrifying sight of American political dysfunction, an equally dangerous long-term threat to the country lurks just beneath the surface: the administration’s reflexive and disastrous foreign policy pivot away from Asia and towards the thankless Middle East. Forget the comforting nostrums that the US government can focus on more than one foreign policy issue area at a time. In practice, barring world war, this is simply not true, as there is neither the manpower nor the funds to do more than concentrate on a few key things. As such, strategic choices operationally matter. That is what makes Barack Obama’s renewed emphasis on the Middle East, a region of second-rate importance and intractable problems, nothing less than catastrophic. Most importantly, it puts an end to the only promising US foreign policy initiative of the past few years, the administration’s pivot to Asia. As former national security adviser Tom Donilon once stressed, America – in marked contrast to a past spent worrying about Europe and the Middle East – must instead focus on Asia, for the simple reason one of America’s folk heroes would well understand. The notorious 1930s gangster and philosopher Willie Sutton (only in America) was asked why he robbed banks. His answer was short and to the point: “That’s where they keep the money.” So it is for the Obama White House and Asia; increasingly that is where the world will keep and make its money. In fact, even before the Lehman crisis, the region’s medium-term growth numbers were phenomenal. In the 10 years to 2006: Australia grew on average by 3.9 per cent per year; Singapore 5.8 per cent; India 7.8 per cent; and China a mind-altering 10.5 per cent. This contrasts with the lowly growth of France (2.5 per cent), Germany (1.7 per cent), and Italy (1.6 per cent). I am confident I know where the ghost of Willie Sutton would be heading. But if these are the best of times for Asia, they are also the worst of times. For these stunning rates of growth – which even after tapering off will certainly serve as the world’s new global growth driver – are imperiled by some of the most intractable foreign policy crises on the face of the earth. Managing the rise of China, as well as mitigating increasing tensions between Beijing, Delhi, and Tokyo, the three great semi-antagonistic regional powers loose in the region, will demand America’s full time attention. It is not just the promise but also the peril of Asia that makes it so central for the future. The sub-text of Donilon’s first term Asia pivot was clear as well: do as little as possible in the sinkhole of the Middle East. With the Arab Spring turning abruptly to Winter (especially in pivotal Cairo), Damascus on fire, Israeli-Palestinian Final Status talks going nowhere, and Iran seemingly intent on acquiring a nuclear capability, the region was one of only danger. It could easily derail Obama’s overall foreign policy, but could also do precious little to advance it. Problems would need to be managed, but little was likely to be solved; better to quietly downgrade the whole sorry mess. All this is admirable and makes much sense, but has come to an abrupt halt primarily due to a radical change in the ideology of key personnel. For actual people – often with very different ideas – make foreign policy. Obama and his first term foreign policy staff (secretaries of defense Robert Gates and Leon Panetta, national security adviser Donilon, and secretary of state Hillary Clinton) were all committed to the Asia pivot strategy. The same cannot be said for the mainstream of the Democratic Party foreign policy elite, or for staunch second term humanitarian intervention types like new secretary of state John Kerry, national security adviser Susan Rice or UN ambassador Samantha Power, who just cannot wait to get back to impotently trying to fix the unfixable. The change in policy was decisively confirmed during the President’s recent stumbling through the Syrian crisis. The Syrian debacle mattered far more than it seemed at first glance; the Obama White House’s misadventure there has done nothing less than derail the Asia pivot, the key initiative of his first term. Jumping into the Syrian fire, making it a major focus of US concern, has instead led to nonsensically refocusing America on the old, intractable problems of the Middle East, whether peace talks, Iran, or Syria. Willie Sutton would be rightly appalled. Dr John C Hulsman is president and co-founder of John C Hulsman Enterprises (www.john-hulsman.com), a political risk consultancy. He is a life member of the Council on Foreign Relations, and author of Ethical Realism, The Godfather Doctrine, and Lawrence of Arabia, To Begin the World Over Again.