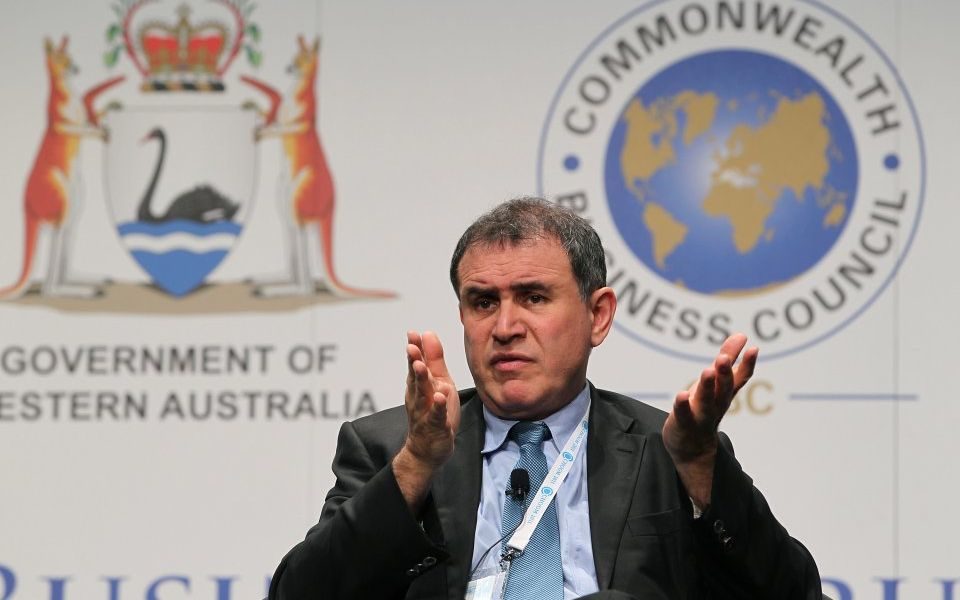 When Nouriel Roubini talks, it’s worth a listen. Not known for his optimism, the well-known American economist bears the moniker ‘Dr Doom’. CFA Institute spoke to him to get his take on topics including the prospects for global growth and technologies.

CFA Institute: When you spoke to us in 2015, roughly six years after the financial crisis, the focus was unconventional monetary policy and how it had yet to deliver a robust global recovery. How have your views evolved since?

Nouriel Roubini (NR): Since 2015, the global economy has gone through periods of expansion where growth is positive and accelerating, and periods of a slowdown where growth is decelerating. There were two risk episodes. One was August–September 2015, and then the other one was January-February 2016. In both episodes, there were worries about China, and in the second episode, there were also worries about US growth stalling, signalling a slowdown in Europe, Brexit worries, and oil prices falling.

The year 2017 was truly one of global expansion when there was a synchronised acceleration of growth in the US, Europe, Japan, most emerging markets. But then last year, that expansion became less synchronised: the US and China were still growing relatively robustly, but Europe and the eurozone, Japan, a bunch of emerging markets, were fragile.

This recap brings us up to 2019, which is still likely to be a year of positive growth, but I would call it a synchronised slowdown. Most major regions of the world are now slowing down. Some of them just towards potential, but many of them, like the eurozone, may actually start sputtering towards something weaker than their level of potential economic growth.

So the good news might be that we don’t have a global recession, but since 2015 maybe we’ve had only a period of 18 to maximum 24 months of a true global expansion (from the middle of 2016 to the middle or first half of 2018). And since then, it has been periods of mediocre growth, or slowdown. And now we are in this kind of late stage of the global cycle.

CFA institute was one of the founders of the Systemic Risk Council shortly after the global financial crisis. Since then, some systemic protections were put in place, but others have been walked back. What is your take?

NR: Let’s begin by acknowledging that since the global financial crisis, some of the risks that were in traditional financial institutions like banks have been reduced. There is overall more liquidity, more capital, less leverage. Traditional bank depositors are safer now after reforms were implemented to limit the risk-taking behaviour of the regulated financial institutions. But two things have happened that may be an element of concern over time.

One, as you pointed out, the regulatory pendulum is swinging back to say we over-regulated after the global financial crisis and now we should reduce some of these regulations. That process is ongoing in the US with the Trump administration. There have been stages in the Dodd–Frank legislation and regulation that suggest giving more leeway, even to regulated financial institutions, to take more risk.

And two, the last crisis was a problem of excessive leverage in the household sector, subprime and other mortgages. And banks this time around, they’re beginning to see some excesses in the corporate sector… And some of the risks have moved away from more-regulated banks to less-regulated or unregulated financial institutions – so-called shadow banks.

My concern is that now the pendulum may be going too far in the direction of light regulation and relying excessively on market discipline. Over time, if and when there is a turnaround at some point in that credit cycle, credit excesses may put a wide range of financial institutions at risk.

What capital market developments are you most excited about?

NR: One of the most positives things is that there is a technological revolution that will probably change the world. It’s a combination of artificial intelligence, machine learning, big data, and the internet of things that is leading to a manufacturing revolution, a fintech revolution, a biotech revolution, and potentially an energy revolution.

There are lots of major disruptions that are going to eventually increase productivity and create more goods and services. In that context, I would argue that the future of financial services has nothing to do with cryptocurrencies or so-called blockchain technology.

The real revolution in financial services is fintech, but fintech has nothing to do with crypto. Fintech is going be a combination of artificial intelligence and big data and the ubiquitous internet. It will revolutionise payment systems, credit allocation, capital market functions, insurance, investment management, financial advice, etc.

So that’s the good news. The bad news is that these technological innovations are capital intensive. This means if you are a venture capitalist, you will do great. If you are in the top 20% of distribution in terms of human capital plus skilled and educated, AI will make you smarter. You will be able to use these innovations to become more productive and make more money. But if you are a low- or even medium-skilled worker, or your job’s blue collar, then increasingly this technological revolution will threaten your prosperity. Therefore, I fear that income and wealth inequality will be getting worse.

We can see this already in the backlash against trade, against migration, against globalisation. The big disruptions in the next 10 to 20 years are not going to be necessarily related to trade and globalisation but to these technological disruptions, unless we find a way to broaden the human capital through education. We need to ensure that in the digital and AI economy, most people thrive. Or face a severe populist backlash in certain sectors or parts of the world.

So I’m a technological optimist. These news tools will revolutionise many aspects of our lives. So as consumers we’re all going to benefit. I am worried that as producers, some people are not going to have income and jobs to benefit from the cheaper goods and services, which will spark a lot of social unrest.

What advice would you give to your younger self?

NR: One thing I see everywhere is a very low level of financial literacy. Most people don’t know basic economics and lack basic finance skills. Most of those people who were asking me ‘Should I buy bitcoin?’ did not even appreciate the difference between stocks and bonds or types of markets, or the basics of credit and interest rates.

This has two unfortunate consequences. First, people don’t save enough. If you don’t start saving when you’re young, you’re not going have enough retirement money to live comfortably in a world where life expectancy is becoming longer and longer.

Secondly, when they do save, people sometimes save in a reckless way. They buy risky things, they gamble, they trade too much, they go into stupid bubbles like bitcoin or the other fads of the day. An unsophisticated retail investor should save as much as they can. Invest in a diversified portfolio of mostly index funds and leave it alone. There is no reason to pay huge fees to hedge fund managers. Buy and hold equities with some allocation to liquid stuff and invest until you retire in a passive, low-cost index fund.

For more of Dr Roubini’s thoughts – specifically on crypto-currencies – part II of this interview will be posted soon.