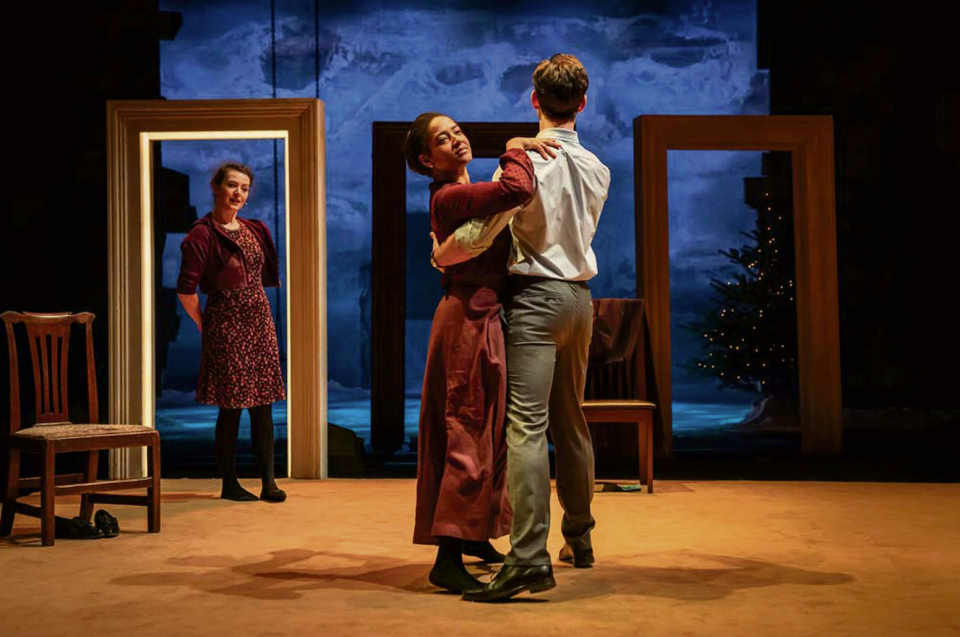 The works of Ibsen are perennial candidates for a thorough reimagining, his quietly devastating studies of class struggle and women’s rights depressingly relevant for each subsequent generation since he started writing in the mid-19th century.

A 2018 production of The Wild Duck at the Almeida, for instance, featured actors speaking as “themselves” as it explored the nature of truth and fiction, and last year a production of A Doll’s House at the Lyric shifted the action to colonial India.

Nora: A Doll’s House, a joint production between the Young Vic and Glasgow’s Citizens Theatre, doesn’t just tinker under the hood of Ibsen’s tight, tense play about the under-appreciated role of women – it takes out the entire engine. In Stef Smith’s adaptation, there are three versions of the central character, Nora, one living in 1918, one in 1968 and one in 2018. The three actors also play the role of Nora’s old school friend Christine, requiring some clever verbal and physical choreography.

It’s a neat premise, showing how Ibsen’s themes continue to ripple through the decades, but in practice it makes for some horrible theatre. The no-nonsense lyricism and pin-point pacing of the original text is torn into a thousand pieces. The central conceit is left bafflingly under-developed – aside from subtle changes in costume and accent, these women are exactly the same, with only a handful of references thrown in to remind you of the disparate time periods. There’s also an explicitly sapphic element to the relationship between Nora and Christine, which ends up feeling tokenistic, lost amid the unfocused swirl of the production.

To top things off, the acting’s patchy, too, with only the 2018 Nora really selling the desperation of her situation.

There are moments that buck the trend, when you’re drawn into the tragedy of the tale, especially when Nora finally realises the irredeemable futility of her current life. But then you realise those are the bits Ibsen wrote. In the end, the meagre pay-offs aren’t nearly worth the effort of this elaborate reworking.