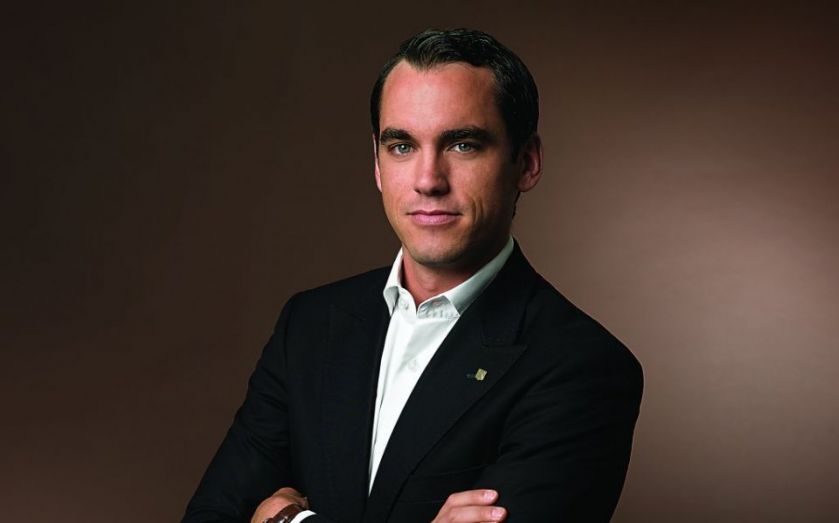 Even without the usual queues of devoted fans outside its stores, Apple created enough hype around its long-awaited watch that when it went on sale earlier this month, the limited first run sold out within hours. The £12,000 Watch Edition – made with gold – was one of the first of its 38 style options to sell out.
Much has been made of the unease of the watchmaking elite towards this new pretender. Will this, ask commentators, be the beginning of the end for the traditional wristwatch? Will consumers ditch centuries of traditional craftsmanship in favour of a shiny gadget that can measure your calorie intake while allowing you to play Angry Birds?
Unlikely, suggests Edouard Meylan, the chief executive of Swiss watch brand H. Moser & Cie. With its timepieces starting at £12,000, and rising to £100,000, this is the kind of luxury that would make even Watch Edition buyers’ eyes water.
That’s not to say Meylan and his team haven’t already had a dig at the Apple Watch, with a YouTube video pointing out they’ve been producing the “original smartwatch… for more than 100 years”. Moser watches, they say, have an interface so simple “even our grandmother could use it”.
In the industry, however, reactions have been mixed, he explains. The  evolution of the smartwatch has been likened to the so-called “quartz crisis” of the 1980s, when the development of quartz technology allowed Chinese manufacturers to produce thousands of watches cheaply and easily, undercutting Swiss watchmakers.

“A lot of people don’t buy Swiss watches to read time. It’s beyond that. It’s about emotions”

Then, the industry survived by consolidating and emphasising its high-end credentials. Now, Meylan says, there’s been an element of panic, with some scrambling to play Apple at its own game by “putting some chip or gadget on the strap” – which, he says, is  “embarrassing for our industry”.
Elsewhere, there’s a desire to innovate.
“Certain brands are trying to come up with a watch that looks like a normal mechanical watch, but provides the user with a few pieces of key information that you have in the Apple watch. The Apple Watch has so many functions – they basically want to strip it down to the essentials.”
But for most, it’s business as usual.
“A lot of people don’t buy Swiss watches to read time. It’s beyond that. It’s about emotions, it’s about dreams, it’s about passion. it’s about craftsmanship. [We need to] take a little  bit of distance and stay true to what we are.”
It helps that, like research by Goldman Sachs, which showed the brands most likely to be hit by the Apple Watch are the likes of Fossil, Seiko, Casio, Rolex, Timex and TAG Heuer; Meylan is convinced Apple’s foray into the watch industry is likely to disproportionately affect the lower end of the market.
For the higher end, he suggests, it may actually be beneficial.
“It’s definitely going to have an impact on the entry level, but what I think is interesting and I’m looking forward to seeing the evolution of in the next 10, 20 years, is the impact on the new generation who today don’t wear a watch.
“Are they going to start wearing one, thanks to Apple? If they do, I’m confident they’ll eventually move to something else, because you evolve in your life and your status. You become somebody slightly different and the Apple Watch won’t be the watch that represents you best.”
For now, though, the two sides will be forced into an uneasy co-existence. Wrist space is at a premium, and unless the consumer is willing to wear one device on each side – which seems impractical – they’re going to have to choose.
“Luxury has been there for centuries, in pre-history there was already luxury, and it’s going to  continue to be there,” says Meylan.
“[But] how is this cohabitation going to work? I don’t know.“