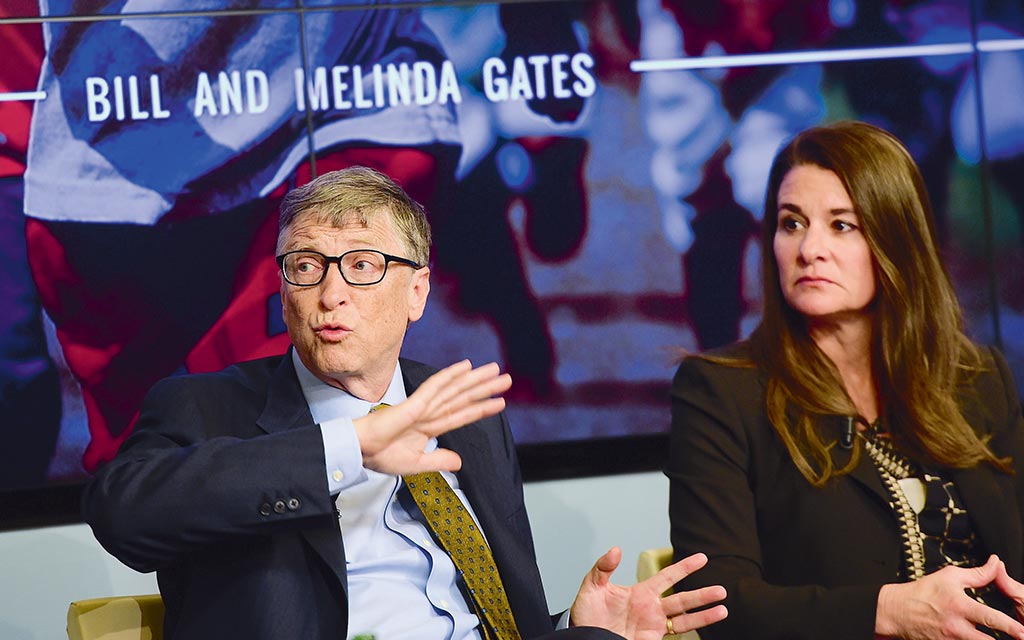 With over £20bn given away since its foundation in 2000, the spending power of the Bill & Melinda Gates Foundation on development aid is bigger than that of most countries. The organisation formed by Microsoft co-founder and former chief exec Bill Gates and his wife Melinda, who also worked for Microsoft in various departments as project and general manager, is by far the biggest charity giver.

When the foundation made its first big grant for malaria research, it nearly doubled the amount of money spent on the disease worldwide. And since billionaire investor Warren Buffett pledged in 2006 to give the foundation most of his fortune, its firepower has almost doubled.

The foundation, which focuses on poverty and disease globally and on education in the US, aims for what Gates calls “catalytic philanthropy” – that is, investing for big returns. It’s taken on huge global missions such as eradicating polio and malaria and has thrown its money towards causes that have so far been underfunded.

Bill Gates, who has pledged to give away 95 per cent of his wealth, has shaken up the charitable sector with his business-like approach to solving global issues. Linsey Mc- Goey, author of the book No Such Thing As A Free Gift, calls it “philanthrocapitalism”.

According to her, a small group of private funders play “an outsized role in national and global policy-making”. She feels they “want to revolutionise the last realm untouched by the hyper-competitive, profit-oriented world of financial capitalism: the world of charitable giving.”

The author praises Melinda Gates’ openness in speaking out about the importance of contraception in developing countries, as well as the pair’s willingness to change their minds when the evidence suggests they have made mis-steps. “They don’t seem afraid to admit their mistakes,” says McGoey.

“We think an essential role of philanthropy is to make bets on promising solutions that governments and businesses can’t afford to make. As we learn which bets pay off, we have to adjust our strategies and share the results so everyone can benefit,” said Bill Gates.

Melinda says that while her husband takes a data-led approach, her attitude is more practical, working out, for example, how to persuade people to be vaccinated. “I think what I’ve taught him is to take that data and meet with people on the ground to understand: can you actually deliver that vaccine? Because the delivery piece is every bit as important as the science,” she says.

On 30 November, during the first day of climate change summit COP21, Gates launched the Breakthrough Energy Coalition. A global group of private investors, which includes Amazon founder Jeff Bezos, Virgin’s Richard Branson and Alibaba founder Jack Ma, will “invest early, invest broadly, invest boldly, invest wisely and invest together” so that scientists, engineers, and entrepreneurs can invent and scale the innovative technologies that will limit the impact of climate change while providing affordable and reliable energy to everyone.