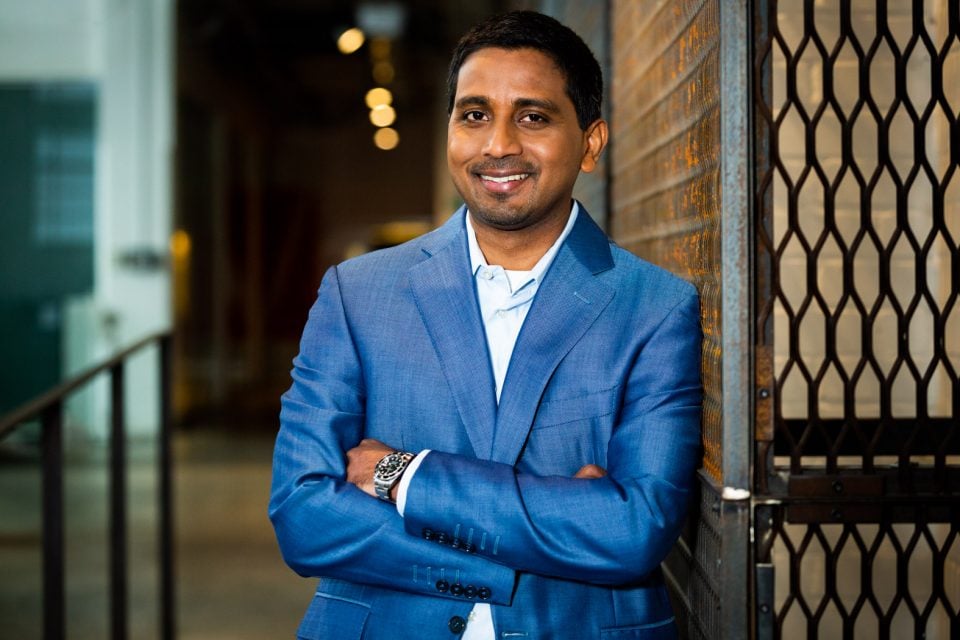 When Nigel Vaz was offered the role of president of the Institute of Practitioners in Advertising (IPA), it took him almost a week to decide whether or not it was a responsibility that he wanted to take on.

The IPA represents and supports the marketing sector. It’s the industry’s professional body, incorporated by Royal Charter, and oversees courses and qualifications. Becoming president effectively makes the appointee the de facto voice of the ad industry.

Vaz, who is also the global chief executive of the digital agency Publicis Sapient, eventually accepted the role. His appointment is notable – he’s the first IPA president from a technology background rather than a creative one, and the first of Indian-American heritage.

So, given his new soapbox as president, what challenges does he see facing the industry?

“There’s a lot of conversation at the moment about how our industry is changing and what data and technology are going to bring to it, which of course is a worthwhile conversation,” Vaz explains.

“But the bigger challenge is that our clients’ businesses are changing, and they need to go through a massive transformation in order to stay relevant to consumers. We are the people who help navigate clients in the quest for growth.”

Read more: Blowing up – here's how Atomic London is reshaping the agency landscape

Vaz believes that, given how the economy is evolving due to digital technology, the ad industry needs to redefine itself in order to remain relevant to clients. So earlier this month he set out his “Reimagine” agenda to members of the IPA.

This manifesto lays out a series of initiatives around three focus areas: role, revenue, and responsibility.

“All three parts for me are important. But the first and most important idea is that we have to shift our role – we have to fundamentally become partners for growth and establish with customers as an industry what we exist to do.”

So how should agencies become “partners for growth” with clients? Vaz says that they need to better leverage all the digital tools at their disposal, from using new platforms and technologies to embracing big data – one of his agenda’s initiatives is even called “Data Magic”.

However, he tempers this by adding that agencies must behave responsibly or suffer the consequences – think about the privacy concerns around the misuse of data, or the brand safety crisis last year when adverts on YouTube appeared next to inappropriate content such as terrorist recruitment videos.

“The IPA’s role is to reinforce the guidelines that we expect from agencies, otherwise it will only take longer for people to completely adopt the tools and technologies that they need to in order to make a difference.”

Other initiatives on Vaz’s agenda include ideas such as updating and creating new IPA qualifications fit for the modern age, launching a “Reimagine Challenge” to encourage agencies to act like startups and develop new business models, and making it mandatory for member agencies to report on diversity ratios for women in boardrooms and black, Asian, and minority ethnic (BAME) people in both entry-level and leadership roles.

This focus on reporting inherently suggests that ad agencies are failing to hire a diverse workforce, but Vaz points out that diversity is a challenge across the business world.

“No matter which industry or sector, no one says that they have diversity figured out,” he argues.

“Look at the tech sector, it’s significantly less diverse than advertising and marketing.”

However, as agencies become increasingly reliant on data, a lack of diversity in the tech talent pool is becoming more of an issue for the ad world too.

“The focus has got to be on creating solutions to address the problems that the diversity reporting highlights,” Vaz adds. “We know that we don’t have enough BAME people in entry-level and leadership roles, or enough women on boards. All these things require solutions that we have to undertake.”

Another challenge agencies face is maintaining their income despite clients’ attempt to cut costs. But Vaz thinks that the concern with cost-cutting is misplaced – instead, agencies should be focused on helping clients to increase their revenue.

“If you become a client’s partner for growth, they are relying on you to drive their revenue, and if you’re committed to that idea and remunerated on that basis, you will start to create more opportunities to become indispensable and defend your share of the ad spend,” he explains.

“If you’re just seen as a commoditised provider, then you can be squeezed on costs, but you can bet if an executive says ‘this partner is the person I’m counting on to drive growth and they are delivering’, then you start to actually create a different kind of relationship.”

Speaking of executives, is Vaz worried about spinning too many plates by being IPA president and running Publicis Sapient?

“The reason I took this role on, from a Publicis Groupe perspective, is that a lot of areas of focus are things that will benefit us and the industry. There’s a natural assumption that juggling any responsibilities is tough, but it’s also about addressing challenges that we have to solve as a company ourselves.”

Vaz has his work cut out from him. The ad industry is going through an identity crisis as it tries to figure out the best ways to deliver brand messaging in an ever-changing market, while coping with the challenge of cost-cutting by clients, some of whom are bringing their advertising in-house.

Vaz hopes that his agenda will push the industry out of its current doldrums and towards finding new paths to success. His tenure as president only lasts two years, so he has his work cut out for him.