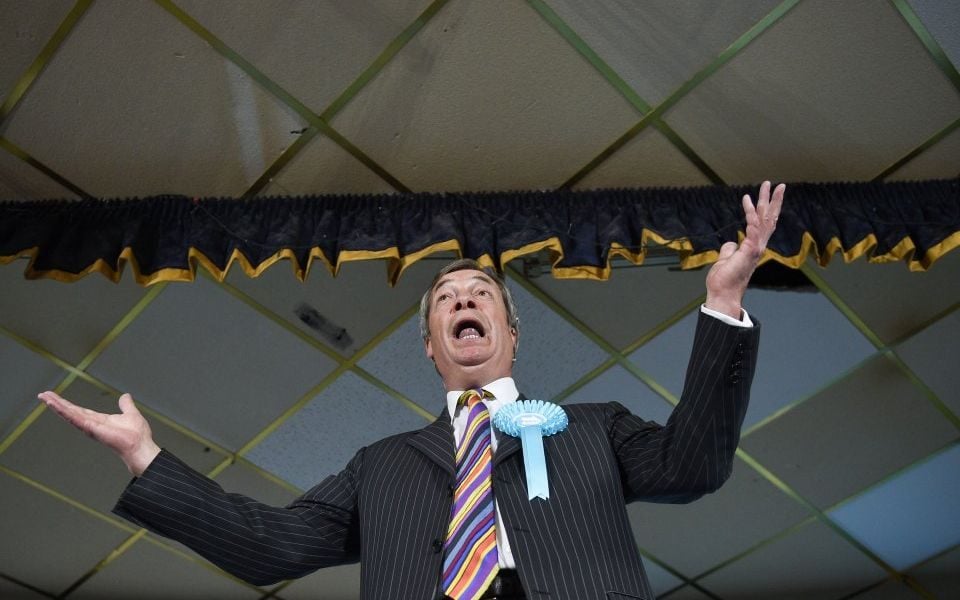 The Brexit party is on course to deliver a crushing blow to the Conservatives at the EU elections later this week, polling data revealed today.

Nigel Farage’s party will win a staggering 37 per cent of the public vote, according to Yougov’s latest survey.

That is almost double the 19 per cent that the Liberal Democrats are expected to gather on Thursday’s elections, while Labour will win just 13 per cent.

However, Prime Minister Theresa May’s Tory party is on track to suffer a humiliating defeat in the European parliament elections, with Yougov expecting Conservatives to win just seven per cent of the vote.

That is even less than the 10 per cent support they had garnered last week, pushing them down into fifth place.

The poll, conducted between 19 May and 21 May, means Farage’s Brexiters have risen from 15 per cent shortly after the party’s launch to lead the way.

“The Brexit Party's meteoric rise has been matched by the slump the other two parties experienced. While Nigel Farage's party has since more than doubled its vote to 37 per cent, the Conservatives have seen their vote share halved to seven per cent and UKIP are down to just three per cent,” Yougov said.

The Tories’ latest slide follows the Prime Minister’s decision yesterday to offer MPs a vote on whether to hold a second referendum or not.

One previous advocate, Zac Goldsmith, said he would vote against “this convoluted mess” when May seeks parliamentary approval for the withdrawal agreement in the weeking starting on 3 June.

That infuriated Tory MPs who had pledged to back her deal previously, which is due to go before the Commons for the fourth time in early June.

Meanwhile Labour have slipped from 24 per cent that put the party in pole position to just half that figure now as the Lib Dems’ anti-Brexit platform won voters.

Both the main parties are widely expected to suffer retribution at the hands of Remain and Leave voters, with the Tories having failed to deliver Brexit and Labour MPs split on whether or not to oppose it.