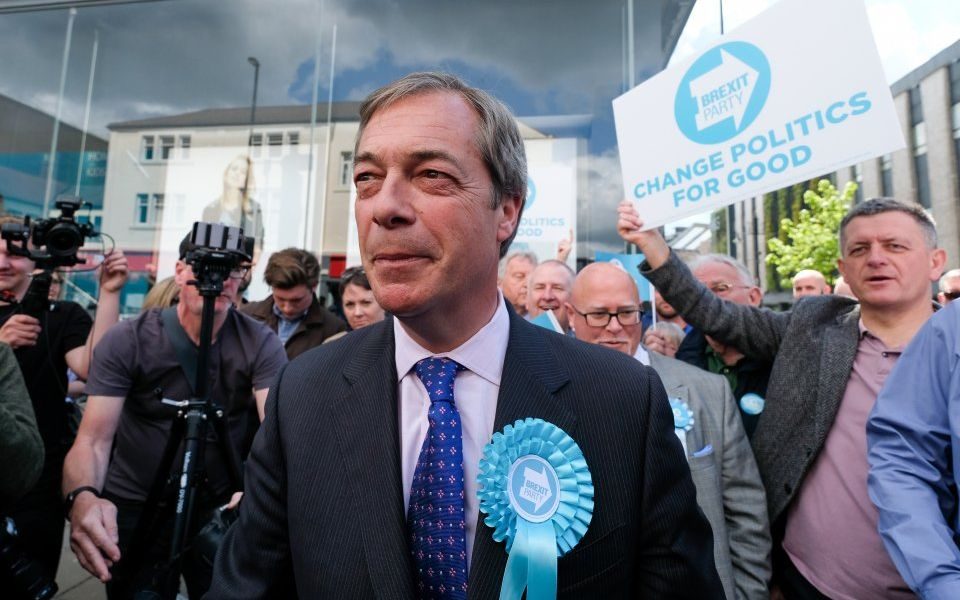 Nigel Farage has launched a blistering attack on the elections watchdog after it began a review into his new party’s finances.

Farage, leader of the Brexit Party, claimed the Electoral Commission is “absolutely full of Remainers” and is part of an “establishment” attack on his new outfit.

On Monday, former Prime Minster Gordon Brown called for an investigation into the Brexit Party’s finances after it was revealed donations of under £500 were being made from abroad via PayPal – a practice which is, however, entirely legal.

In his attack on the Commission, Farage said: "I bet we're more compliant than any of the other parties in this election.

"I've crossed with the Electoral Commission before – they are not a neutral organisation, absolutely full of Remainers, full of establishment figures.”

He added: "I've set this up to take on the Labour and Conservative parties who, I think, have betrayed the biggest democratic vote in our nation's history.

"I know that when you do that the establishment will not come out with a tray of gin and tonics and say 'well done’.”

The Commission insisted its review of how the Brexit Party’s finances was not related to Brown’s comments, with a spokesperson saying it was due to “significant public concern about the way the party raises funds”.