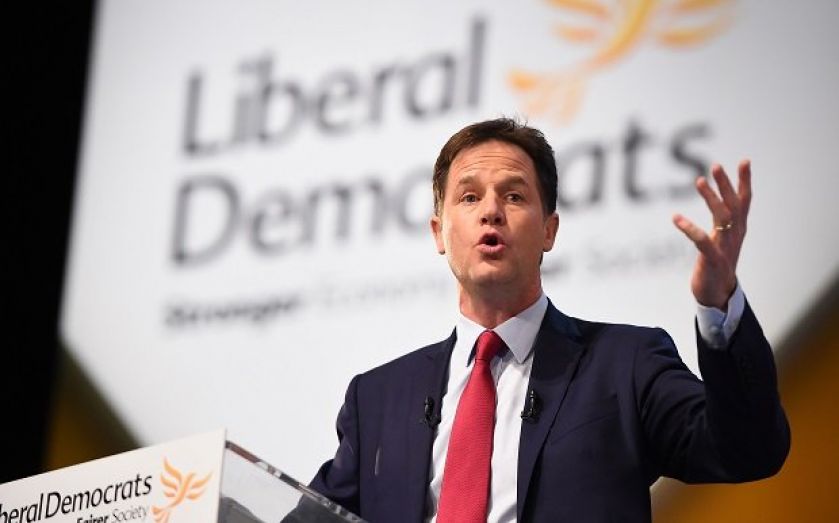 A beleaguered Nick Clegg has delivered his final party conference speech before the next election and possibly of his career.

Clegg began his speech castigating Islamic State and paying tribute to Alan Henning and David Haines, who were beheaded.

The deputy prime minister warmed the hearts of Lib Dem activists with strong criticisms on Ukip, Labour and the Conservative party.

Clegg focused on the dangers of divisiveness saying Nigel Farage and Alex Salmond offer "false comfort of grievance". Referring to the Lib Dems infamous u-turn on tuition fees, Clegg told the delegates he would "never, ever" make the same mistake again.

Clegg said he wanted to end the second-class status given to mental health. Indeed, the first question he ever asked at Prime Minister's Questions was on mental health. He told the conference the coalition government will introduce waiting times for people with mental health problems in England.

The Lib Dem leader scolded Theresa May for claiming the party's opposition to the communications data bill, dubbed the 'snooper's charter' endangered children. He said a Big Brother state "which demands the storage of the websites you visit is as threatening to real freedom and opportunity as a state which fails to help toddlers get the support and care they need".

Clegg reiterated the Lib Dems commitment to raise the personal tax allowance from £10,500 to £12,500 and introduce a mansion tax. He pledged increase NHS funding by scrapping three tax breaks.

To advance education and opportunity, the Lib Dems are committed to expanding childcare to all two, three and four years old, free school lunches for all primary school children and lowering the cost of travel fro college students.

You might have forgotten what you did to our economy, but we have not. And the British people don’t want a Labour government running their country, racking up debts for our children and grandchildren to pay.

The deputy PM said the Conservatives could not be trusted to deliver a fairer economy. Clegg told the hall:

Given the Conservatives are not planning a single tax increase, how will they pay for all their spending commitments? They will have no choice but to cut the services they have not protected like social care, policing, education – education – to the bone. No wonder they’ve stopped claiming that we’re all in it together.

you can copy our ideas but you will never imitate our values. And the British people don’t want a Conservative Government running their country which only looks after its own kind.

Nick Clegg said that while the government couldn't do everything, it could level the playing field. He called for a smart enabling state.

If you can see that you have a fair chance to get on in life, you don’t need to look for someone to blame. If you give people a sense of fair play…The power to shape their own lives and that of their communities…The chance to fulfil their talents, pursue their aspirations, regardless of the circumstances of their birth…The anger, the powerlessness will wane and the hope of a better future can take root.