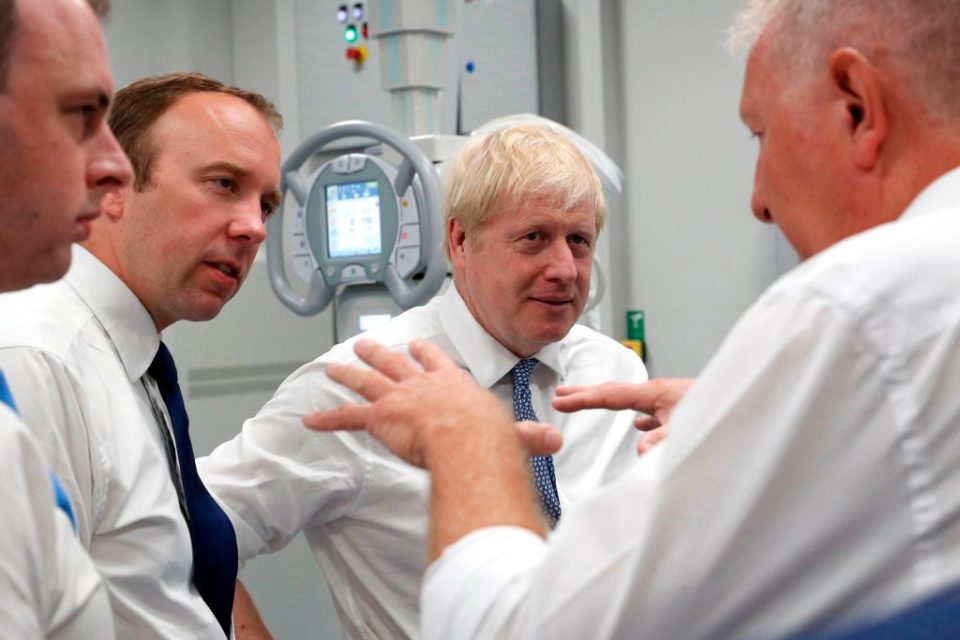 The Conservatives’ election hopes face a potentially major blow from a damning report out today that warned more than 1m NHS patients could experience four hour waits at A&E this winter.

The British Medical Association (BMA) analysis warned the NHS is set for its “worst ever” winter as pressure on the health provider looks set to skyrocket over the coming months.

The combination of the NHS’s worst-ever summer, staff shortages, a potentially cold winter and Brexit are all cited as reasons for the negative forecast.

In the worst-case scenario, nearly 300,000 patients may have to wait on trolleys to be treated, the report found.

The doctors’ union has called on the next government to prioritise the NHS, warning that the service stands on the brink of a “perfect storm”.

It has called for a spending increase of 4.1 per cent each year to get the service “back on a sustainable footing”, as well as a commitment to scrap a controversial pension tax system.

Labour have targeted the Tories’ record on the NHS in the first few days of campaigning, despite calls from the service’s boss not to politicise the divisive issue.

On Monday Labour released data acquired through freedom of interest requests showing that tens of thousands of patients had operations cancelled, with almost 4,000 more scrapped in 2018 than in 2016.

In total 79,000 operations were cancelled last year, with 20 per cent of these the result of staffing shortages.

Both parties have made major spending pledges for the NHS, with the Conservatives outlining £2.7bn in investment for six hospitals over the next five years, as well as £100m for future projects at 34 hospitals.

Shadow chancellor John McDonnell has also gone after the Tories on the issue of privatisation, claiming that Boris Johnson is preparing to sell off parts of the NHS to the US.

The Conservatives have repeatedly denied the claim.

Tory party chairman, James Cleverly, told the Guardian earlier this week: “The NHS is not for sale, never has been, and never will be. We will never allow any trade agreement to change this fundamental fact and will continue to ensure that patients have access to clinically and cost-effective medicines that are affordable to the NHS.”

McDonnell also accused the Tories of enabling “creeping privatisation” of the NHS. The King’s Fund rebutted the claim, saying that there was no evidence of a significant increase in the share of spending on private providers or widespread privatisation of NHS services.

The charity shared data showing that NHS commissioners spent about seven per cent – around £9bn – of their budgets on private or independent providers in 2017/18 and 2018/19.