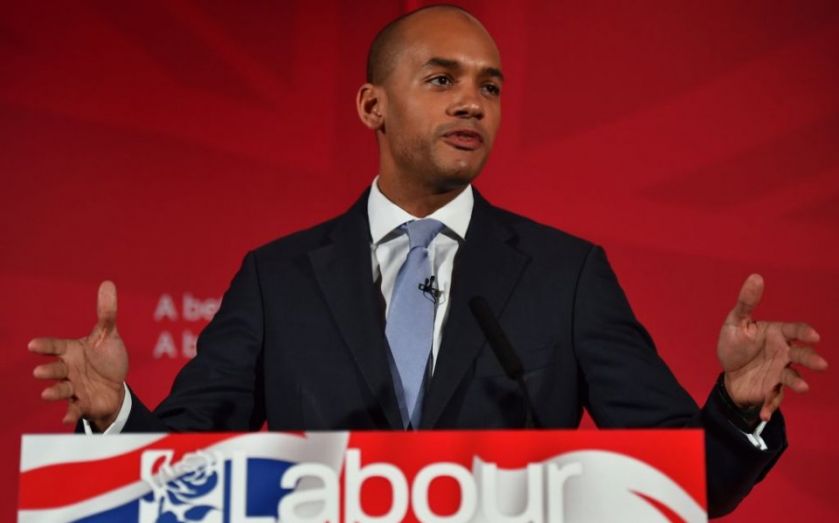 Chuka Umunna is in the running to become the next leader of the Labour party, confirming his widely suspected intention in a video posted on Facebook.

The shadow business secretary and MP for Streatham has been widely tipped for the role. He made a number of media appearances in the immediate wake of the election in which he explained his thoughts on Labour's devastating defeat.

Umunna, along with "New Labour" figures such as Lord Mandelson and Tony Blair, argued Labour needed to appear more "pro-business" in its rhetoric and make an "aspirational offer" in order to win over more middle-class voters.

In the above video, shot on a Swindon high street, Umunna says he had travelled out of London to the kind of area Labour needs to be winning seats in order to return power in 2020.

Read more: Who will be the next Labour leader? Runners and riders

He said: "I think we can and should be winning in seats like Swindon, north, south, east, west, we can absolutely do it as a party.

"Some have actually suggested over the last few days that somehow this is now a 10-year project to get the Labour Party back in office. I don't think we can have any truck with that at all, I think the Labour Party can do it in five years.

"I want to lead that effort as part of a really big Labour team, getting Labour back into office and changing this country building a fairer, more equal society."