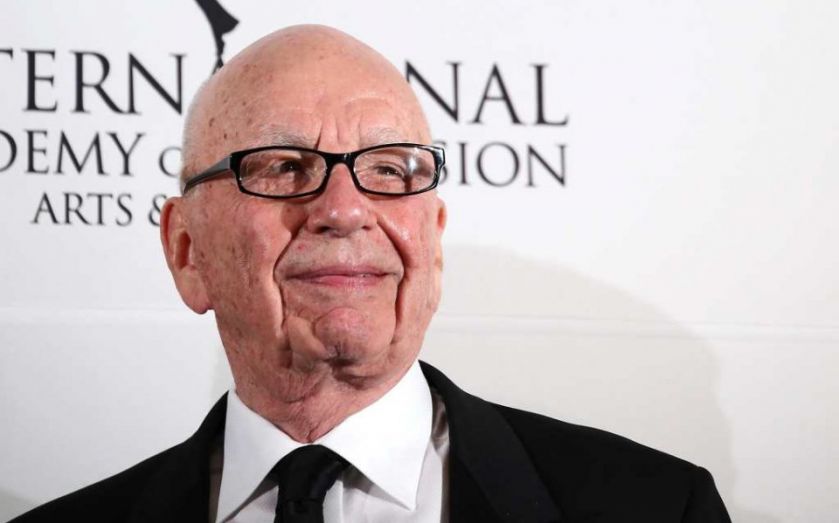 News Corp UK, which owns The Sun, The Times and HarperCollins, made an operating loss of £3.5m in the year to June, results filed with Companies House show – down from a profit of £51m the year before. It isn't hard to discern why: firstly, it racked up £17.1m of legal costs. Secondly, its UK administrative expenses rose 15 per cent on last year, to £392m. Thirdly, the performances of its flagship newspaper, the newly-paywalled Sun, was less than impressive, with revenues down 5.5 per cent to £489m. All of which pushed its pre-tax loss down to £75.5m, £200,000 lower than the year before.

News UK is a relatively new company: in June 2013 it rebranded from News International as part of Rupert Murdoch's attempt to distance his company from the phone hacking scandal. But the spectre of the scandal continues to haunt him, to the tune of £17.1m. The report includes an auditor's note, which warns of "significant uncertainty" about the future costs of the scandal.

It's not just phone hacking causing Murdoch problems – the popularity of The Sun, the UK's best-selling paper, is in decline. ABC figures show the newspaper's circulation has dropped by close to 1.5 million since 2008. Today's figures suggest Murdoch's decision to put it behind a paywall hasn't gone entirely smoothly. Although the company said 225,000 people took out subscriptions to The Times and The Sun. That's more of a trickle than an avalanche

Even the big boys are having trouble trying to work out a way to monetise online content. And massive legal costs haven't helped…